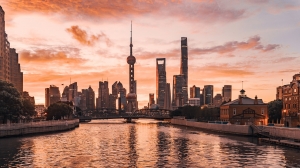 Ever since Ant Group's IPO was scuttled, evidence has been mounting that Beijing plans to turn the screws on fintech itself, not just that company and its audacious CEO. Regulators have said that the measures are not aimed at any particular company. Rather they are intended to reduce systemic financial risk by compelling fintechs to follow the same regulations as banks.

Guo Shuqing, head of the China Banking and Insurance Regulatory Commission (CBIRC) is leading the charge. Guo, a former head of China Construction Bank, is a long-time fintech skeptic who proved his mettle to China's leadership by leading the crackdown on P2P lending. It is no surprise that he has been tasked with bringing China's fintech giants to heel.

Next up for a dressing down is Tencent, which earns about 25% of its revenue from fintech and related services. Do not dwell on the paltry RMB 500,000 fine that regulators slapped on the company last week for alleged antitrust violations (investment in the edtech firm Yuanfudao. Meituan, ByteDance, JD.com, Didi Chuxing and Baidu were also fined for violating China's anti-monopoly law.

Instead, expect Tencent in the future to face similar constraints on its fintech business as Ant. One possibility: Tencent will have to set up a financial holding company that will house its banking, insurance and payments services. If that happens, growth will slow in the company's consumer lending business.

Meanwhile, there is a domino effect in China's broader fintech ecosystem. With Ant's IPO on ice - perhaps indefinitely - other fintechs are postponing their own plans to go public. Prior to the nixed Ant deal, Tencent's fintech arm did not have imminent IPO plans, but JD.com's did. Now JD Technology (formerly JD Digits) may withdraw its IPO from the Shanghai Star Market, according to The South China Morning Post. JD.com's fintech arm earned 43% of its 2020 revenue from online consumer and cash loans.

If JD Technology wants to proceed with its IPO, it faces a tough choice: either restructure to comply with new regulations (and accept a lower market valuation) or rejig itself as something else, perhaps as a cloud technology provider.

More in this category: « Nubank is in the money Why is fintech fundraising booming in Singapore? »
back to top