Capital A regroups after failed bid for Malaysia digibanking license 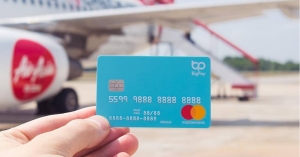 What happens to airlines that fail to win digital banking licenses? In the case of Capital A, they have to count on a sharp rebound in travel demand to help revive their core business, which could eventually be better bundled with the AirAsia super app and various fintech services. However, Capital A continues to lose money as seen in its mixed first quarter results.

In the January to March period, Capital A reported a net loss of RM1.08 billion, an increase of 10.35% over the same period a year earlier, though the company’s revenue also doubled on an annual basis. Capital A attributed the widening loss to higher operation costs on fuel and maintenance, as well as a share loss of RM143.1 million from an associate following the latter’s completion of a restructuring and capitalization.

Encouragingly for its fintech ambitions, Capital A’s digital businesses consisting of airasia Super App and BigPay reported a 46% increase in revenue year-on-year to a combined RM63.7 million. BigPay CEO Salim Dhanani said that the business’s user base grew 64% year-on-year while revenue – driven by payments and remittances – rose 28% over the same period a year earlier. To make the jump to profitability, BigPay probably needs the equivalent of digital banking services even though it did not win a license. The company may be able to offer the equivalent services of an online lender in Malaysia if it finds a partner with a banking license. It already launched a loan product in March.

Further, SK Group, the second largest chaebol in South Korea, last year invested US$100 million in BigPay. In Korea, SK Group is known for its artificial intelligence and data analytics capabilities. BigPay can possibly use some of this capital to explore digibanking opportunities in other Southeast Asian markets.

Key to Capital A’s future success will be its ability to exit the PN17 category it slipped into in January due to the unfavorable state of its finances. The nomenclature is used by the Malaysia Stock Exchange to denote a financially distressed firm. In late May, Capital A CEO Tony Fernandes expressed confidence that the company would exit PN17 status before long.

Once Capital A sorts out its finances, it will be in a stronger position to pursue a listing in New York, where Fernandes believes there is investor interest both its airline and super app businesses. He has mooted pursuing two separate listings.

Auguring well for Capital A is the ebbing of the pandemic, with vaccination rates in Asia relatively high and the omicron variant – in all its variations – proving to be a manageable risk rather than a life-altering disruption. 85 of AirAsia’s 212 aircraft are now flying, with 80 to 90% load factors, and Fernandes expects 176 aircraft will be back in the skies by December. Given the travel industry’s brisk recovery, the company could be EBITDA positive by the second half of the year and profitable again by 2023.

More in this category: « Pakistan's fintech sector could be an outlier in Asia this year Fintech is resilient in Indonesia »
back to top