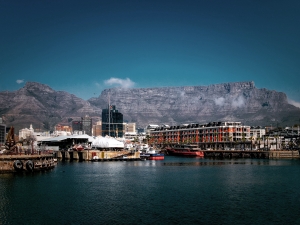 Vodacom and Alipay are joining forces to create what they say is a "super app," beginning in 2021. Vodacom Financial Services will operate the app, while Alipay will provide its technology. However, it appears that their immediate focus will be on payments, money transfer and e-commerce. The press release mentions that the app will allow users to read news and stream music, but it does not give any further details.

Neither Vodacom nor Alipay has a strong foothold in messaging or content. It sounds like they're laying the groundwork for a South African version of the Alibaba ecosystem, in which there is e-commerce and an accompanying digital wallet that has many applications both inside and outside the ecosystem.

Still, a strong digital banking ecosystem and a super app are not one and the same. Banking isn't "sticky" the way messaging and content are. Compared to Vodafone and Alipay, WhatsApp may be in a better position to create a dominant app for South Africa, if it launches its payment service there. WhatsApp Messenger is South Africa's most popular app, used by 89% of the country's 38 million internet users, according to Hootsuite.

WhatsApp has partnered with South Africa's Absa Bank since 2018 to offer "ChatBanking," which allows customers to check their balance, buy airtime and make payments to an existing beneficiary.

Tags:
More in this category: « Why is Monzo struggling more than Revolut? Revolut's losses tripled. Does it matter? »
back to top
© 2007 - 2021 Kapronasia