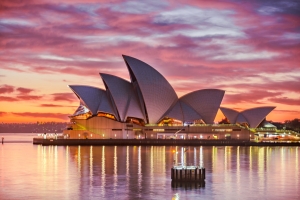 Australia has been among the most proactive APAC countries in its approach to open banking, dovetailing with a broader focus on boosting consumer choice and protecting consumers. While not exactly unhappy with incumbents, Australian consumers would like better native digital options. Regulators, meanwhile, want to see improved compliance. The findings of the Financial Services Royal Commission exposed widespread wrongdoing in the Australian banking sector. More recently, several of the country's largest banks were heavily fined for lax anti-money laundering policies.

The proactive Australian approach is driving the development of open banking in a very different way than elsewhere in the region. The Australian Treasury has developed an open banking framework requiring banks to join an API-based data-sharing platform with clear guidelines about data security and privacy controls, as well as corresponding penalties for violation of the rules.

The first phase of the formal open banking launch is set for July. Under the regulations,Australia’s major banks must make credit and debit card, deposit account and transaction account data available to accredited service providers. The second phase, which begins in November, covers consumers’ mortgage and personal-loan data.

Open banking will give Australia consumers more choice, but what they decide to do with that is an open question. Satisfaction among Australian consumers with their banks was more than 80% in late 2018, compared to less than 60% in 2001, according to data compiled by Roy Morgan. Millennials will likely flock to native digital banks catering to their connected lifestyles. Older Australians, on the other hand, may prefer to stick with their "trusted" financial service providers.

Overall, traditional banks are vulnerable when it comes to fees. Foreign transaction fees charged by Australian banks are 10 to 20 times that of fintech startups, according to Macquarie. The banks' large branch networks are a cost burden that they manage in part by charging high fees. Yet to compete viably with virtual banks in the future, it's almost certain that they will have to reduce the fees and accept lower profit margins. Since Australian banks are the among most profitable in the world, that's a feat they could probably manage.

More in this category: « Revolut is still swinging for the fences 2020 Top Ten Asia Fintech Trends #7: Growth and growing pains in Indonesia's P2P lending sector »
back to top
© 2007 - 2021 Kapronasia