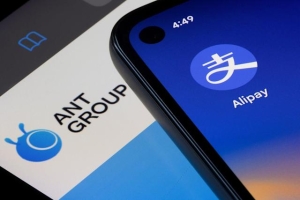 Once upon a time, before China’s tech crackdown began in earnest, Ant Group went on an overseas shopping spree, investing in a wide variety of up-and-coming fintechs. Though the company never stated the idea clearly, many observers assumed Ant was laying the groundwork for some kind of cross-border payments ecosystem in Asia – where it made the bulk of its investments. Things have not turned out that way (at least not yet), but some of Ant’s individual investments are proving to be winners, giving the company a strategic presence in some of the region’s most promising markets for digital financial services. Other investments, however, have not proven so successful.

Among the most important of Ant’s Southeast Asian investments is Mynt, the fintech unicorn that operates the ascendant Philippine e-wallet GCash. GCash users more than doubled to 55 million in 2021, while gross annual transactions on the platform jumped almost 12-fold to 3.8 trillion pesos from 2019. It also serves about 4.5 million merchants and social sellers. Meanwhile, in addition to payment services GCash offers credit, savings, insurance, loans and investments. Though GCash lacks a digital banking license for the Philippines, it has a large number of partners through which it can offer most banking services.

Like Ant itself in its early Alipay days, Mynt recognizes that its future does not lie in payments alone. CEO Ernest Cu told Bloomberg in a March: "We want to diversify our revenue. We just don’t want to be in payments, phone loads and bank transfers.”

Another important venture for Ant in Southeast Asia is its Singapore digital bank ANEXT, which launched in early June. Though Singapore is a very well banked country, Ant has wisely foregone the city-state’s retail market and is focusing on underserved SMEs. While the Singapore market itself is not very big, if Ant’s digibank can succeed there it will show that the company has arrived internationally. Singapore is an ultra-competitive globally oriented financial services market where Ant does not enjoy the same advantages it did in its earlier pre-tech crackdown days in China, where strong competitors were few and far between.

Turning our attention to Indonesia, we see that Ant has several important investments in Southeast Asia’s largest economy. One of these is the e-wallet Dana, owned by Ant and the Indonesian conglomerate Emtek. This venture has not been as successful as GCash, with Dana being unable to emerge as a leader among Indonesian e-wallets. A merger with Grab-owned Ovo was rumored, but never came to fruition.

Ant is having better luck with the Indonesian fintech Akulaku, in which it invested US$40 million in 2019. Akulaku’s user growth and revenue have both steadily risen in the past few years. In 2021, the company’s annual revenue more than doubled to US$598 million on the back of strong demand for the services of its neobanking unit. Akulaku will likely go public once market conditions improve.

Meanwhile, one of Ant’s highest profile and earliest Asia fintech investments, which once looked like a sure thing, no longer appears that way. That would be Kakao Pay, which received US$200 million from Ant back in February 2017. Amid regulatory and other travails, Kakao Pay’s share price has fallen 55% in the past six month to 67,400 won. In early June Alipay sold off 5 million shares - 9.8% of the total 39% stake it then held in Kakao Pay - in a block deal.

Another Ant investment that is looking iffy is India’s Paytm, whose share price has plunged 43% to 699 rupees in the past six months. Ant has long been the largest shareholder in the Indian fintech giant. In May, both Ant and Alibaba sold off their respective stakes in Paytm’s e-commerce venture Paytm Mall for US$5.3 million.

More in this category: « Fintech is resilient in Indonesia Is GoTo pulling ahead in Southeast Asia’s super app fintech race? »
back to top