Asia could be headed for a fintech funding slowdown 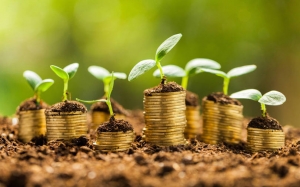 For several years, the Asia-Pacific region has been a hotbed of fintech funding. Despite, or perhaps because of the coronavirus pandemic, fintechs have had very little trouble raising cash. After all, when the whole economy is moving online, banking needs be digital too. However, shaky global economic and geopolitical conditions appear to be finally starting to weigh on Asia fintech funding, with the second quarter seeing a clear drop-off in big-ticket fundraising.

Through the first quarter of 2022, the funding picture in APAC looked much as it did since 2019: pretty strong. According to S&P Global Market Intelligence, in the January-March period, there were 186 deals in the region that raised US$3.33 billion. In terms of deal values and volumes, this was the best Q1 in the past three years. India-based fintechs raised the most funds, accounting for 42% of total deal value and 34% of volume in the region.

And it just may be all downhill from there. As an individual market (and not a regional base like Singapore) India has indeed been Asia’s fintech funding star for much of the past two years, during which its fintech ecosystem has grown by leaps and bounds. The thing is, the world has entered a period that will be less kind to loss-making fintech startups than 2020-21. There is just too much uncertainty, with geopolitical tumult and rampant inflation sending the global economy to the brink of recession. India’s Moneycontrol found that Indian startups have sacked at least 5,000 employees so far this year, in many cases to cut costs as they seek to persuade investors to give them more money.

India’s startup scene has slowed markedly on both a quarterly and yearly basis. Thus far in the April to June period, India has minted just one unicorn, the neobanking platform Open, compared to 10 in April-June 2021. 14 new unicorns were established in India from January to March this year.

CB Insights reckons that venture funding to Asia-based startups will fall 31% on a quarterly basis in the April to June period. If fintechs follow a similar trajectory as overall startups, we can expect that funding will be harder to come by for them.

We expect that the best capitalized and mature Asian fintechs will ride out a funding slowdown and even a global recession, especially in markets like India where they still have potential to grow significantly. India’s Pine Labs would be one example of this type of company. Pine Labs raised US$700 million in 2021 and US$205 million in the first quarter. Though it probably will postpone its planned US IPO until 2023 given unfavorable market conditions, the company may still expand aggressively in the meantime. In February Pine Labs acquired the Indian payments tartup Qfix and in April it took a majority stake the payments fintech Synergistic Financial Networks.

Meanwhile, the Indonesian market could prove resilient, given its high demand for digital financial services solutions and solid economic fundamentals. Despite geopolitical tumult and inflationary pressure, the Indonesian economy grew 5.01% in the first quarter. The January-March period was a busy quarter for M&A activity and though the second quarter has been quieter, the Jakarta-based payments infrastructure company Xendit managed to raise US$300 million in May in a series D round led by New York-based Coatue and Insight Partners.

More in this category: « Sea Group has big ambitions for Latin America In Asia, US Big Tech is struggling with fintech »
back to top