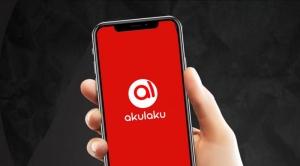 Ant Group-backed Akulaku is one of the more promising fintech startups to emerge from Indonesia in recent years. In mid-February, Akulaku secured a US$100 million strategic investment from Thailand’s Siam Commercial Bank, which followed a US$125 million investment in 2021 co-led by Hong Kong’s Silverhorn Group. Akulaku is now valued at US$1.5 billion to US$2 billion.

Founded in 2016, Akulaku offers a wide suite of digital financial services, including buy now, pay later (BNPL), deposit services, and lending. It can offer banking services thanks to its subsidiary Bank Neo Commerce, which in the fourth quarter of 2021 completed a rights issue on the Indonesia Stock Exchange for about US$175 million. Akalaku is also reportedly considering a US listing via a merger with a blank-check company (a SPAC) that could value the combined entity at roughly US$2 billion.

According to Tech In Asia, Akaluku reached US$600 million in revenue last year, in line with its forecast. The company’s BNPL business and cash loans accounted for the vast majority of the revenue. Additionally, in 2021, Akulaku lent more than US$2.2 billion to 6 million borrowers. The amount it lent was double that of 2020.

Akulaku is a variation on the typical formula for Indonesian digibanking. Most Indonesian digibanks are jointly created by large technology companies and conglomerates owned by the country’s ultra-wealthy tycoons. In Akulaku’s case, the primary tech investor is Chinese rather than Southeast Asian, while SCB is now a major strategic investor. SCB is Thai rather than Indonesian, and its largest shareholder is Thailand’s monarch King Vajiralongkorn, who holds a 23.6% share in the lender. SCB is Thailand’s oldest commercial bank, established by royal charter in 1906.

SCB’s investment in Akaluku will give the company an edge as it seeks to build market share in Thailand. Thai regulators recently signaled their plans to allow digital banks. In February, the Bank of Thailand (BOT) said that it plans to issue guidelines for digital banks by June and may allow both non-banks and existing lenders to apply for licenses. The BOT also plans to eliminate a limit on the amount commercial banks can invest in fintech, with the exception of digital assets.Thanks to its partnership with SCB, Akaluku is now in a good position to apply for a digital bank license if it wants to.

“We are excited about the investment in the company [Akaluku] and look forward to leveraging our deep expertise in Thailand's financial services sector to support its expansion," SCB president Arak Sutivong said in a statement.

More in this category: « Vietnam's fintech sector heats up Assessing Capital A, the new AirAsia »
back to top