The latest statistics about the A-share markets illustrate the main industries that QFII funds invested at the end of 2013, according to data from 1334 listed firms’ 2013 annual reports. The banking industry is the most attractive industry for QFII investors, taking about 1/3 of the total new shareholding volume with the steel industry and automobile industry ranked the 2nd and the 3rd.

The banking industry makes sense because of the relatively low valuations. The steel industry is currently suffering in China, so QFIIs likely have confidence that Chinese urbanization and development of automobile industry will continue. For automobile industry, as Chinese government intends to push hardly on new energy vehicles especially electricity-powered vehicles, could pose an interesting QFII investment allocaction.

Does the High Frequency Trading debate matter for China?

High frequency trading (HFT) has roughly been in existence since 1999 in the US as execution times have shortened from several seconds to millisecond or even microseconds due to advanced trading technologies and a general demand for increased speed. Figures from August 2013 showed that in the global FX market, HFT took approximately 40% of the total trading volume, within which, almost half of the volume happened in the spot market. For the global futures market, HFT volume represents about 40% of the total volume. In the equities market in the US, HFT volume took approximately 73% of all equity order volume. Typical strategies executed by HFT traders are trading ahead of index fund rebalancing, market making, ticker tape trading, event arbitrage, statistical arbitrage, news-based trading and low-latency strategies. 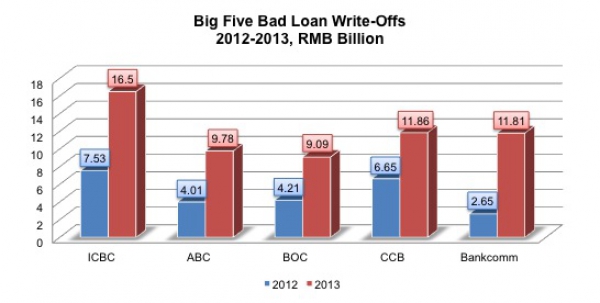 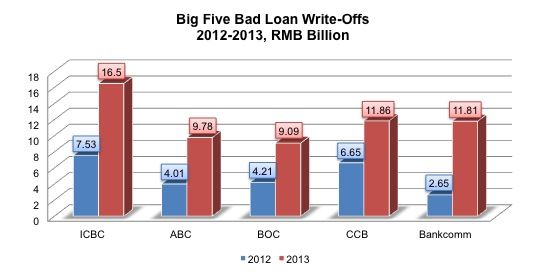 You'd be forgiven for missing it, but in the buying spree that we've seen in the last couple of weeks from Alibaba, one of the most significant investments was for a controlling stake in Hundsun Technologies. The ~US$532M investment in the firm means that Alibaba now has control of nearly 95% of all domestic trading systems in China and continues to consolidate its position as a financial technology provider. 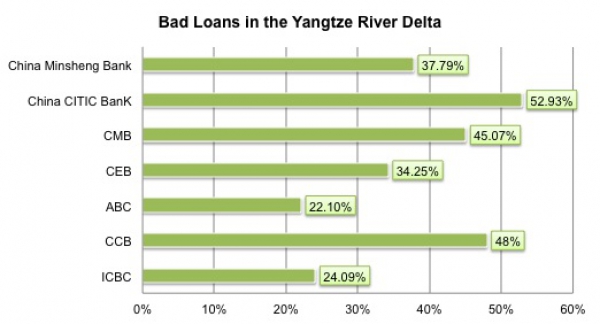 Once known for its economic development zone, the rich Yangtze river delta now has become a hotbed for something else: non-performing loans. 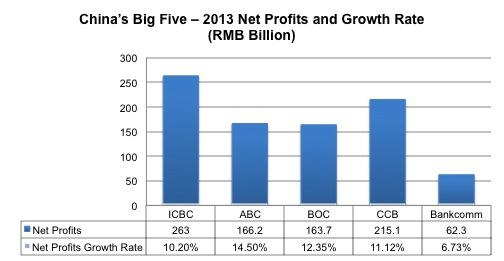 What role does InTime play in Alibaba's 2020 strategy?

A couple of days ago, media announced that Alibaba had made a substantial investment in InTime, which is a Hong Kong company that manages mainland China upper-end retail malls. These malls are typically branded InTime, but are multi-brand inside where each brand has a small section and potentially dedicated staff to that section.

How should China's Online Finance platforms be regulated?

This past weekend Alibaba and Baidu met with the People's Bank of China (PBOC) in a closed door session to discuss the ongoing challenges with Chinese online finance regulation. The fact that the regulators are consulting with the industry is a great sign that the regulations will (hopefully) be built on consultation and discussion, and as both Baidu and Alibaba have intentions of setting up their own private banks, it's likely in their best interest to sit down with the regulators as well.

On March 15, 2014, the PBOC announced that the daily RMB/USD exchange rate float range in the Chinese interbank market would increase to ±2%, which will be implemented on March 17. The chart below shows the expansion of fluctuation range for RMB/USD spot, which is meaningful to Chinese FX market.

Chinese banks start to push back against money funds

Over the past week news headlines have been awash with how Chinese banks are pushing back against Alibaba's Yuebao and Laicitong as the online finance products have rapidly grown their AUM at the expense of bank deposits. The banks now are expanding their push though and are challenging money funds' market share in China.

Alibaba continues pressing into banking with a virtual credit card

In another foray from the Internet giant into high finance, Alibaba recently announced that one million virtual credit cards will be issued next week.

Could T+0 save the Shanghai Stock Exchange?

On March 3, 2014, the chairman of the council of the Shanghai stock exchange Gui Minjie declared that there is no technical barrier for the release of T+0 trading mechanism specially for blue-chip stocks traded on Shanghai Stock Exchange. The chart below showed that the large-cap stocks based indices have lower turnover rate than the indices with more proportion of small and mid-cap stocks. The T+0 in Shanghai Stock Exchange could possibly stimulate the trading of large-cap stocks on A-share markets. The speech of Mr. Gui implied that the T+0 mechanism might be close to launch in 2014. 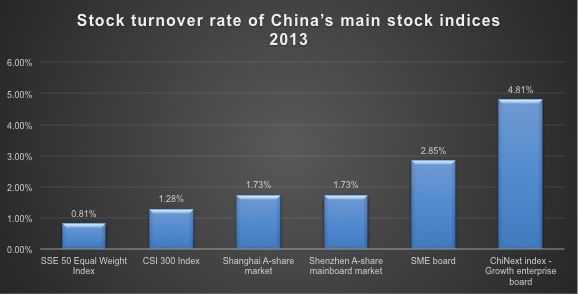 An interesting graphic from IDC and WSJ looks at the declining growth rate in smartphone sales in China. China's smartphone market is maturing.