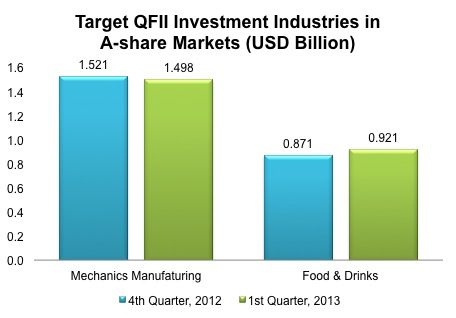 The Latest on Wealth Management in China

Wealth management refers to a type of financial analysis, financial planning and management service that banks provide to high net worth individuals. Banks have the obligation to return certain profit by managing customers' funds in an agreed period of time.

Recently, Alipay, China’s largest third-party payment company, released its sound wave payment mobile product, which is the first time that “sound payments” have been commercialized in China. Customers can now pay for goods from the vending machines deployed by Alipay in Beijing’s subway through the sound wave payment. 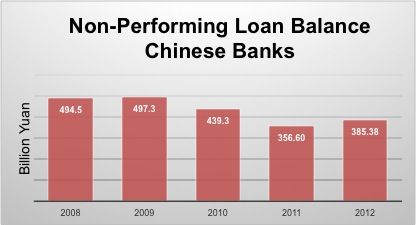 According to the China Securities Journal, the quality of credit assets is again appearing as an issue for Chinese banks. The latest annual report shows that the non-performing loan (NPL) balance and non-performing loan (NPL) ratio both increased in 2012, a sharp move from the “double decreasing” in both NPL balance and NPL ratio in the previous years.

The total NPL balance in the 11 listed banks was ¥385.38 billion in 2012 with a YOY growth rate of 8.1% compared to ¥356.6 billion in 2011. China Construction Bank believes the upward trend in NPL is due to the macroeconomic fluctuations in manufacturing, wholesale and retail trade, and real estate.

The trust industry is currently the fastest growing segment in China's asset management industry so far in 2013. In Q4 2012, the total trust AUM was about US$1.195 trillion. At the end of Q1 2013, this number had reached about US$1.395 trillion representing a growth rate of about 16.7%. That growth rate is actually faster than the growth rate of bank loans / deposits, market growth of the securities market, bonds, funds and insurance industry. 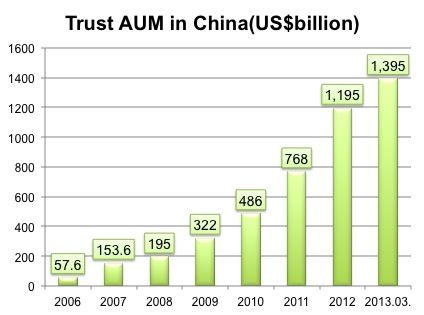 According to CCW Research, a local Chinese IT market research company, China’s financial industry IT software spend in 2012 grew to 49 billion RMB and the spending will keep a steady growth in 2013. Banking segment spend is a key driver, making up about 72% of total spend. Comprehensive risk management and big data are the main IT focus areas for banks.

As securities companies continuously launch new business, CCW estimates that IT spending on new business-related solutions in the securities sub-segment will increase considerably in future.

For insurance companies, the overall IT infrastructure is still very nascent. Large players will invest more money into the development and update of core systems. 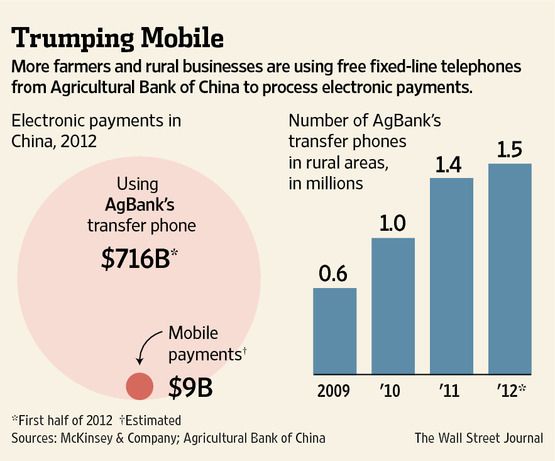 In a recent article, the Wall Street Journal wrote about how although mobile payments are slow to take off in China, telephone or 'fixed-line' payments are actually doing quite well and actually hugely dwarfs mobile payments. When you consider the history of the 5 major banks and their alignment with particular sectors, it's no surprise that the Agricultural Bank of China would be leveraging this kind of business model, but what is interesting is the way that the model completely avoids mobile payments. It's almost as if the bank (industry?) in China is saying 'ok, so no standards on mobile, we'll innovate with what we have.' Which is actually not tremendously different that what we're seeing in other markets where the adoption of a consistent mobile payments standard seems inconsistent at best...

The Hedge Fund Association, in conjunction with Bloomberg, hosted the HFA - Bloomberg Shanghai Hedge Fund Panel Discussion: International Hedge Funds and Direct Investment in China, in Shanghai on January 5th, 2013. During the event, three experts shared their insight into the challenges and opportunities in China’s hedge fund industry in 2013. I had the opportunity to attend on behalf of Kapronasia and summarized some of my conclusions from the event here:

The 2nd Annual eTail Conference was held from 27th to 28th November, 2012 in Shanghai. Kapronasia was invited to attend the event to speak on a few payment related topics along with other industry experts. The conference's topics included e-commerce trends and strategies, cross border shopping challenges, and IT implementation on e-payment.

China Mobile, the biggest mobile network operator in China, continues to grow its mobile payment business which was first launched in 2010. At the end of September 2012, China Mobile had 60 million registered mobile payment users with a total transaction value of reached 25 billion RMB, 2.5 times as much as in 2011.

In 2012, other key players in China’s mobile payment market also expanded their business. At the end of October 2012, the number of China Telecom’s mobile payment users exceeded 8 million; China UnionPay also announced that so far it has 4 million mobile payment users, compared with 2 million in 2011. The data from Alipay (China’s biggest third-party payment company) showed that as of the end of May 2012, Alipay had 10 million users conducting payment through their mobile phone and the number was increasing by about 90,000 every day.

We expect that China’s mobile payment business will grow faster in the future, with the number of mobile users surging to 400 million in 2015.