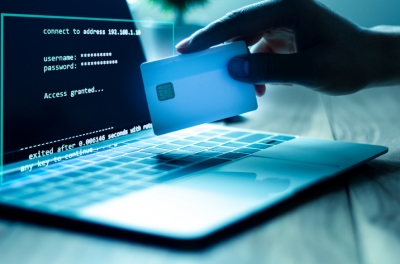 After banks in Singapore were ensnared in the 1MDB scandal, Singaporean authorities stepped up their fight against financial crime. Having strict anti-fraud and anti-money laundering controls in place to fraud is essential for Singapore to strengthen its status as a global financial center for wealth management and major fintech hub. Yet some financial crime in the digital realm is posing new challenges to Singapore. The city-state's involvement in the Wirecard scandal is a case in point. 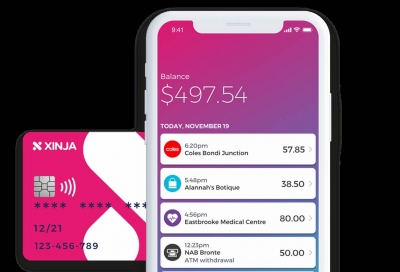 For digital banks, the pandemic is a double-edged sword. It is increasing demand for digital banking but revealing the fragility of the typical neobank business model. Many of the neobanks that couldn't make money in better times are now in varying degrees of financial trouble. Australia's Xinja finds itself in such a predicament. It needs to borrow a page out of the book of Revolut or N26 and secure another massive capital injection. That is proving to be easier said than done though. An investment of A$433 million led by Dubai-based World Investments Group (WIG) announced in March has yet to be confirmed.

After years of solid growth, global remittance flows are set to shrink in both 2020 and 2021, weighed down by the pandemic and its associated economic fallout. Asia, one of the fastest growing regions for remittances in recent years, will be one of the hardest hit regions, the World Bank estimates. Remittances in East Asia and the Pacific are projected to fall by 11% in 2020 and 4% in 2021. In South Asia, remittance flows are predicted to fall 4% this year and 11% the following year. 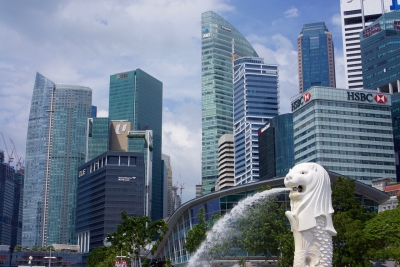 All too often, the digital banking conversation focuses on retail customers. It makes for a good story, tech-savvy millennials doing all their banking from the convenience of a smartphone. And the promise of achieving massive scale is alluring. But in Singapore, the retail banking market will be a tough nut to crack. 98% of Singaporeans already have a bank account, while DBS, UOB and OCBC are well prepared for digital challengers. The less glamorous but more promising market opportunity for digital banks lies with small and medium-sized enterprises. 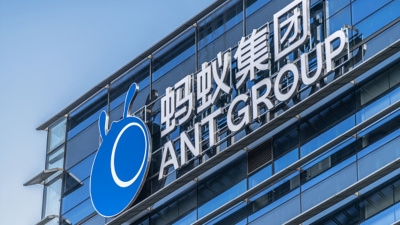 Grab and Singtel close in on Singapore digital bank license 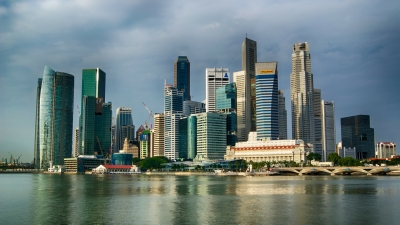 The Grab-Singtel consortium is in many ways the ideal candidate for a Singapore digital full bank license (DFB), which allows the holder to serve both retail and corporate clients. Both firms are based in the city-state but have a strong regional presence. Grab is Singapore's most prominent unicorn, Singtel its foremost telecoms firm, backed by Temasek. Joining forces, they could draw on large troves of user data to tailor digital banking services for a target demographic of millennials and SMEs. In Singapore, Singtel has 4.3 million subscribers. 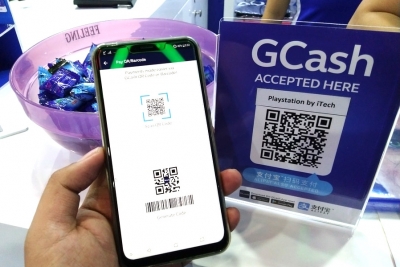 By at least a few metrics, Ant Group-backed GCash is the Philippines' top e-wallet. GCash, a subsidiary of the Globe Telecom-owned fintech startup Mynt, recorded 10 million downloads in the first nine months of the year, more than any other finance app, according to analytics firm AppAnnie. User growth rose 130% over that period. GCash expects transaction volume to reach P1 trillion this year, an amount that it took the company the three previous years combined to reach.

How is BNPL developing in Southeast Asia? 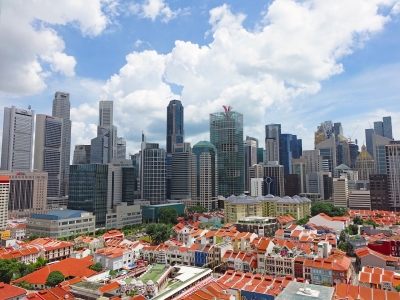 Buy now, pay later is taking the payments world by storm in Europe, the United States and Australia. Firms like Klarna, Afterpay, Sezzle and PayPal (with its "Pay in 4" product) are tapping strong consumer demand for interest-free installment payments. In Southeast Asia, however, BNPL remains at a nascent stage. None of the big BNPL players have launched their services in the region yet. There are some promising local startups though.Singapore-based hoolah is one of Southeast Asia's ascendant BNPL startups. In March, Hoolah raised an undisclosed eight-figure sum in its Series A round. Hoolah will use the cash to expand regionally. Investors participating in the round included venture-capital firm Allectus, iGlobe Ventures, Genting Ventures, former Lazada group CEO Max Bittner, and FNZ CEO Tim Neville.

Hoolah has been in Singapore since 2018 and works with merchants including HipVan, Castlery, Sennheiser and Skin Inc. The firm charges merchant-partners a fee for every successful transaction. Hoolah's BNPL service lets shoppers make purchases in three interest-free monthly installments. The company's key customer segments are youngsters (aged 18-26) who are not yet able to qualify for a credit card, some 26 to 35-year-olds and gig-economy workers. The latter segment likes using hoolah because the workers do not receive fixed salaries.

Hoolah enjoys a first-mover's advantage in Singapore. In an interview with Vulcan Post last year, co-founder and COO Arvin Singh explained why BNPL has been slow to arrive in Southeasts Asia. “There’s a high degree of complexity of achieving a seamless checkout experience while managing a flexible payment solution that includes risk management, consumer payback, direct merchant integration, merchant side funding and the commercials," he said.

In September, hoolah launched its BNPL service in Singapore's physical retail stores, where it sees an opportunity to grow sales as the pandemic eases in the city-state. To use the service, customers scan a QR code at the point of sale with hoolah's app. They then enter the total order amount, which is divided into three monthly payments.

Hoolah launched in Malaysia earlier this year and plans to expand to Hong and Thailand before the end of 2020.

Meanwhile, of the major global BNPL players, Afterpay is likely to be the first to expand to Southeast Asia. The Australian firm is reportedly mulling the acquisition of EmpatKali, which like hoolah is based in Singapore, but is focused on the Indonesia market. EmpatKali has "an established, albeit, very early stage position in Indonesia,” Afterpay's CEO Anthony Eisen told Reuters. 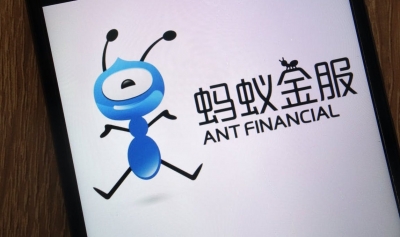 Ant Group's IPO is a big deal. In fact, the listing is expected to raise US$34 billion, would make it the biggest IPO of all time. Ant's valuation based on the pricing will be roughly US$313 billion, similar to Mastercard (US$319 billion) and JPMorgan Chase (US$309 billion). Can Ant justify that valuation? After all, the company derives the vast majority of its revenue from just one market: mainland China. And Ant has long benefited from a dearth of digital competition. Once the IPO is over, Ant will likely use some of the proceeds to fund its expansion in Southeast Asia. Ant has invested in a large number of e-wallets across the region and applied for a digital bank license in Singapore.

TransferWise begins to carve out a niche in Asia 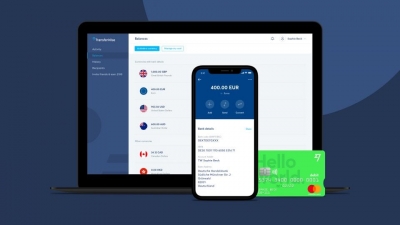 TransferWise is one of the few European fintechs making inroads in Asia. That's because the UK-based firm has a coherent Asia strategy: Enhance payments of every stripe - cross-border, domestic, real-time, credit card, e-wallet and more - and enable its partners to integrate the TransferWise open API directly into their infrastructure. TransferWise's APAC headquarters are in Singapore and it operates in Australia and New Zealand as well. The company has inked a deal with Alipay that allows it to begin serving the China market, albeit in a limited manner.

K bank looks to get back in the neobanking game

South Korea's K bank has struggled since its inception in 2017. It lacks the super-sticky ecosystem and vast resources of its competitor Kakao Bank, which was set up at roughly the same time. In April 2019, K bank suspended most of its services amid fundraising difficulties. Although it resumed some services in July, K bank is still far from full strength. It has about 900 billion won in capital, compared to Kakao Bank's 1.8 trillion won. K bank will need to secure large capital injections in order to compete on an even footing with Kakao and Viva Republica's Toss Bank.

Revolut has yet to make a splash in Asia

Revolut is one of Europe's biggest neobanks, but its ambitions are global. Pre-pandemic, Revolut planned to expand to a dizzying array of countries and territories. In September 2019, Revolut announced that within Asia-Pacific it would focus first on Singapore, Australia and Japan. Given its partnership with Visa, the UK neobank said it could later expand to Hong Kong, Taiwan, Korea, Indonesia, Malaysia, the Philippines, Thailand, Vietnam and India.

Cambodia has a costly money-laundering problem, both in fiscal and reputational terms. Effective October 1, the EU's revised list of third countries at high risk of money laundering came into effect. Cambodia was one of three newly listed East Asian countries along with Myanmar and Mongolia. Cambodia is also on FATF's money-laundering gray list. Being seen as a high money-laundering risk nation could complicate Cambodia's efforts to woo foreign investment amid the prolonged pandemic-induced downturn. The Cambodian economy is set to contract 4 to 5% this year.

Afterpay is on a hot streak

Australia's Afterpay is riding high on the BNPL boom sweeping its home market, the United Kingdom and United States. Afterpay is valued at US$23 billion, while its share price has risen about 960% since the ASX bottomed out in March. Both the UK and U.S. are key growth drivers for Afterpay, accounting for 41% of its revenue in FY 2020. Services like Afterpay's are gaining in popularity not only because people are shopping online more often, but also because credit is harder to come by during the pandemic-induced downturn. Some lenders are concerned about the ability of consumers to reliably make payments. As a result, consumers are more apt to be interested in installment payments.

Who are the top contenders for a Malaysia digital bank license?

The Malaysia digital banking race is taking shape as a growing number of non-financial firms signal their intention to apply for a digital bank license. Bank Negara Malaysia is expected to issue up to five licenses valid for conducting conventional or Islamic banking in the country. Per the Malaysian central bank's requirements, the new digital banks should focus on boosting financial inclusion primarily through digital means. Potential applicants include telecoms firms Axiata Group (which owns the e-wallet Boost) and Green Packet, ride-hailing giant Grab, gaming company Razer and conglomerate Sunway as well aas the Hong Kong-based financial group AMTD and the Malaysian bank AMMB.