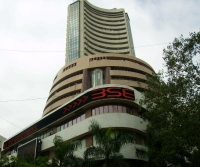 Last week saw the first ever IPO by an Indian e-commerce company. Infibeam’s IPO however, might not provide an accurate baseline for the booming Indian ecommerce industry.

While Infibeam is the only major ecommerce player in India showing net profits (appx $1 Million- Profit After Tax in H1-FY16), it drew 29% revenues from its B2B business- BuildaBazaar, a DIY marketplace and e-procurement platform. Its profits were also mostly derived from these B2B offerings, while its performance in the B2C ecommerce is reported to be lacklustre. Infibeam’s competitors have five times as many registered users and are far ahead on most metrics.

Infibeam’s numbers fail to match up to the biggies and has led to scepticism from the markets. The company’s valuation of Rs 2200 crore (appx $330 million) might be a bit of a stretch for investors in the current climate, given the fact that market leader Flipkart’s valuation was recently cut by $4 Billion to $11 Billion by Morgan Stanley. Flipkart however had an GMV of $10 Billion at end 2015 (as opposed to $4 Billion about a year back) which puts its valuation in line with its revenues, while Infibeam has no similar revenue or growth numbers to fall back on.

In 2014 Infibeam was looking to raise Rs 1000 Crore ($150 Million) through the IPO, even as it now found Rs 450 crore ($67 Million) a difficult proposition. Day 1 of its IPO saw poor interest from the markets, with QIB’s portion being subscribed 0.21 times and the retail portion 0.17 times. It just barely pushed through on the last day of its IPO.

Interestingly, two of the original participating banks- Kotak Mahindra Securities and ICICI securities, withdrew right before the filing of the draft Red Herring Prospectus, reportedly over issues with Infibeam’s valuation. The lack of an anchor investor didn’t help Infibeam’s case either.

Infibeam’s motive for the IPO seems to have arisen from a drying up of other funding sources and its own falling valuations in the last two years. While several ecommerce firms are lining up to put their hyper growth in the last few years to the ultimate test of IPOs, the markets might be inclined to favour pure B2C providers, a benchmark that Infibeam really struggles to meet. While this maiden IPO was oversubscribed 1.1 times, other prominent internet company IPOs dwarf it in comparison (Justdial oversubscribed 12 times, InfoEdge 50 times).

The markets were looking forward to investing in the so called unicorns to validate the ecommerce concept in India. IPOs lacking momentum and enthusiasm from investors would set a bad precedence for upcoming ecommerce offerings and lead to even lower valuations of other ecommerce players.

More in this category: « Integration is winning the payments race in India E-commerce Regulations in India: More pain than power! »
back to top