Will Paytm reach profitability by 2023? 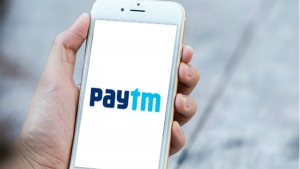 It is important to take what Paytm founder Vijay Shekhar Sharma says with a grain of salt. For many years, he has talked up Paytm’s potential and deep-pocketed backers like SoftBank and Alibaba have bought it. Yet Sharma’s bullishness has not been borne out by Paytm’s stock performance. Though Paytm’s IPO was India’s largest of all time, it nonetheless plummeted on the first day of trading in November 2021 and has since lost about 60% of its value.

In what was likely – at least in part – a bid to resuscitate Paytm’s share price, Sharma said earlier in April that Paytm should be EBITDA profitable by the middle of 2023. He made that rosy forecast based on “business momentum, scale of monetization and operating leverage,” according to a letter sent to shareholders. With regards to business momentum, it appears Patym has a fair bit; it said earlier this month that number of monthly transacting users of its app reached an all-time high of 70.9 million in the first quarter, up 41% year-on-year, while it also disbursed 6.5 million loans during the quarter, for a total value of 35.53 billion rupees (US$470 million).

Citi also reckons Paytm’s prospects look reasonably good. In an April research note, the bank said that it believed “Paytm has several potential levers to drive scale and improve profitability substantially,” including its large user base of monthly transacting users and its 25 million merchants.

For now, it appears that the bullish forecasts and strong growth metrics have done the trick. In the past month, Paytm’s stock price is up almost 19% to 645 rupees.

However, we are not sold on Paytm’s long-term prospects for a few key reasons. One, it is a laggard on India’s paramount UPI payments platform (accounting for 80% of retail payments transactions in February) – a distant third to Google Pay and Walmart-backed PhonePe with a 16% market share. Paytm never bet big on UPI and is unlikely to overtake the two market leaders. Two, Paytm has regulatory problems. The Reserve Bank of India (RBI) banned its payments bank from onboarding new customers in March and ordered a comprehensive audit of its IT systems. While that should eventually be resolved, Paytm lacks a proper banking license that would allow it to offer high-margin deposit and lending services. We see no sign that it will be granted a banking license anytime soon either.

And in that case, how will Paytm generate adequate margins to reach profitability? And by that we mean operational profitability, not EBITDA. By mid-2023, Paytm will already have been established for 13 years. The trouble is that in recent years Paytm has added whatever seems to be fashionable in fintech to its app, from digital gold investing to stock trading and insurance, and naturally, it would offer crypto if India were to fully legalize it.

But what does the company want to be? That is still unclear. If the answer is an Indian Alipay (one of Paytm’s key backers), that is unlikely to turn out well. India is a far more fragmented financial services market than China, and Indian regulators have not encouraged fintechs to act as super apps.

Paytm might want to look at Razorpay, currently India’s most valuable private fintech, for inspiration. Razorpay has been successful by focusing on the B2B segment and offering businesses (both small and large) as many complementary payments services as possible, rather than trying to be a one-size-fits-all app for both the retail and merchant markets.

More in this category: « Razorpay’s B2B focus is paying off India’s UPI is enjoying record-breaking growth »
back to top