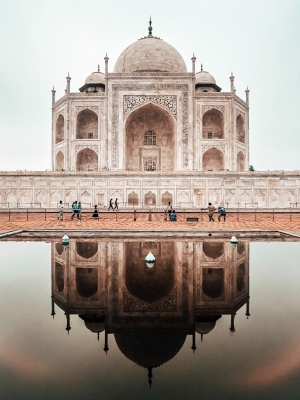 So what could possibly go wrong? As it turns out, quite a bit. Let's start with financials. Paytm's strategy has been to prioritize fast expansion over profitability, which is reasonable (up to a certain point) in a massive emerging market like India. If Paytm cannot reach economies of scale quickly, one of its competitors will. The problem is that the only way - thus far - to lure Indian customers in droves is with generous subsidies. Paytm is literally giving money away trying to win customer loyalty.

Yet, unless the company can get enough users ensconced in its ecosystem, they may abandon Paytm when the subsidies dry up. The idea proposed by some analysts for Paytm to focus on creating a super app will not work in the fragmented India e-wallet market. Paytm faces a broad spectrum of competitors, from global tech giants to homegrown fintechs. At the same time, India's cultural and linguistic diversity makes creating a one-size-fits-all super app extremely difficult. For those reason, we aren't likely to see an Indian WeChat, even if some industry consolidation occurs.

Indeed, Indians are spoiled for choice when it comes to digital wallets. The state-backed UPI, which allows users to make mobile payments directly between bank accounts, accounts for more than half of all of India's digital transactions, according to Razorpay. Paytm has less than a 6% market share of UPI transactions. In contrast, Google Pay has more than 61% and PhonePe almost 25%.

Meanwhile, WhatsApp Pay is likely to enter India's digital payments market this year. It will be able to immediately tap a user base of 400 million. The subcontinent is WhatsApp's largest market.

In the fiscal year ending March 2019, One97 Communications, Paytm's parent company, recorded US$549 million in losses, compared to US$206 million a year earlier. Revenue did not increase enough to offset those losses, rising to US$448 from US$423 million. The company's debt increased to US$96 million.

In a November commentary, journalist Ashish K. Mishra expressed pessimism about Paytm's prospects. "The unicorn succeeded in its wallet business because its mission was to replace cash. The current organization is rudderless," he wrote.

To be sure, Paytm is aware of the challenges it faces. To reduce its losses, it will need borrow a page out of the book of traditional banks and charge customers fees for services. After all, while fintechs can support financial inclusion, they are not non-profits. In January, Paytm announced it would charge a fee of 1.75% + goods-and-services tax (GST) for adding more than Rs 10,000 crore (US$141) through any credit card in a month.

Paytm is the first digital payments firm in India to introduce this fee. With any luck, its competitors will follow suit.

More in this category: « Chinese investors hope to have a hand in creating India’s own Alibaba/Tencent 2020 Top Ten Asia Fintech Trends #8: Competition intensifies in India's digital payments market »
back to top