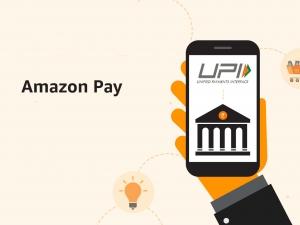 Amazon first forayed into India fintech in 2016 with its Amazon Pay Wallet. The e-wallet has enjoyed modest success. Bernstein Research estimates it has a 16% share of India's payments market, No. 3 after Walmart-backed PhonePe (about 20%) and Google Pay (about 38%). The Times of India found that Amazon Pay processed 60 million transactions on India's dominant state-backed UPI network in May, behind Paytm's 125 million, PhonePe's 445 million and Google Pay's 541 million.

At the same time, Amazon Pay has signed up 4 million merchants and launched its Doorstep feature in 2018, allowing customers to use a cash pickup service to top up their wallets without requiring a bank account.

To be sure, payments are important to bring users into Amazon's nascent Indian digibanking ecosystem. But they are just the first step. After all, unto themselves, payments are thin margin and a dime a dozen in a market with more than 40 different e-wallets.

Thus far, Amazon has added a hodgepodge of other digibanking services, including a credit card, gold investment products and auto insurance. It has invested in online digital lender Capital Float, digital insurer Acko, gift card platform Qwikcilver, and BankBazaar, a financial products marketplace. None of these moves yet looks like a game changer.

“It is likely that the next step for Amazon would be to distribute exchange-traded funds and mutual funds,” Niren Shah, India head of Silicon Valley firm Norwest Venture Partners, told Reuters earlier this month.