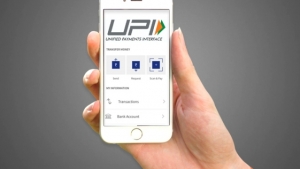 The United Payments Interface (UPI) has become a kingmaker in India fintech. The real-time payment system owned by the National Payments Corporation of India (NPCI) has grown exponentially since its inception in 2016, with varying estimates of its overall share of India’s payments market. PwC reckons that UPI could reach a 59% share of Indian digital payments by 2024-25, while Indian tech media site Inc42 says that UPI already has a 73% share of the market, up from just 9% in 2018.

UPI payments have grown especially fast during the pandemic, with an annual increase of 93% to INR 41 Lakh Cr. from FY 2020 to FY 2021, according to Inc42. Given UPI’s paramountcy to India’s fast-growing digital finance sector, payments firms have been focused on winning market share on the platform. Yet just two e-wallets account for the majority of UPI transactions: PhonePe and Google Pay.

Walmart-backed PhonePe has been steadily growing its share of UPI payments, reaching a 45% market share in April, compared to Google Pay’s 34.3%, according to data compiled by NPCI. The US tech giant has seen its market share erode from 43% in August 2020 after leading the market for roughly three years. According to Entrepreneur India, PhonePe whittled away at Google Pay’s lead and eventually surpassed the US company by rapidly gaining users in India’s tier 4, 5 and 6 towns as well as talukas (townships).

However, PhonePe’s lead may eventually evaporate if Indian regulators follow through on their promise to cap monthly UPI payment transaction volume of third-party payment providers at 30%, a rule that came into effect on January 1, 2021. It is unclear how the rule will be enforced, and how much Paytm could benefit, given that its payments bank is not affected. Paytm has struggled to gain traction on UPI, with just a 12.1% market share in April.

There is a risk for NPCI that the 30% cap will ultimately reduce UPI’s appeal to India’s key payments players, especially as the Reserve Bank of India plans to greenlight new umbrella entities (NUEs) that will be permitted to establish new retail payments infrastructure. For that reason, NPCI may want to consider working with third party payments apps to sort out the apparent “risks” of a few companies holding the lion’s share of UPI market share.

Meanwhile Google Pay recently entered India’s remittances market, announcing that its US users could send money to their counterparts the subcontinent as well as Singapore. Google Pay is partnering with Western Union and Wise on the remittances foray. India is the world’s largest recipient of foreign remittances.

However, “we’re not planning to become a bank or a remittance provider,” Josh Woodward, Google Pay’s director of product management, told CNBC in an interview. “We work with the ecosystem that already exists to build these products.”

More in this category: « What is the outlook for Revolut in India? India’s remittances market defies pandemic »
back to top
© 2007 - 2021 Kapronasia