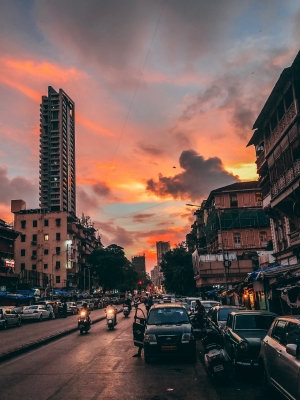 WhatsApp has moved one step closer to launching its payment business in India by setting up local data storage facilities, according to India's The Economic Times. As a condition of market entry, the Reserve Bank of India (RBI) requires digital payment providers to first set up local data storage facilities and then submit an audit report to the central bank. Market insiders say that WhatsApp Payments is expected to go live with its Unified Payments Interface-based service with ICICI Bank. Services through Axis Bank, HDFC Bank and SBI are likely to follow, they say.

Previously, WhatsApp had resisted the RBI's insistence on data localization. Although the company has not explained its sudden change of heart about data storage, we're willing to bet that WhatsApp realized that it would be shut out of India's enormous digital payments market - estimated to reach US$1 trillion by 2023 - unless it complied with the RBI's requirement. And it's not as if India's central bank has singled out WhatsApp for unfair treatment. The RBI has requested that all foreign payments firms, including Visa, Mastercard and Google, store Indian citizens' data locally.

Once WhatsApp actually enters India's payments market, it will be able to tap a user base of 300 million for its payments services, plus another 300 million from Facebook. Compared to local competitors like Paytm, which as 230 million of its own users, WhatsApp has the advantage of owning a popular messaging app - the most widely used one in India.

We foresee something like the WeChat effect playing out in India. The Chinese messaging app was already ubiquitous in China when it launched its fintech services in 2014. Chinese users loved being able to make payments without having to leave the app. Alipay, which dominated China's digital payments in the pre-smartphone era, saw its commanding market share rapidly fall to about 50% as WeChat Pay drew to parity with the incumbent.

Another advantage for WhatsApp Pay is that its KYC process will be less cumbersome than for its competitors because WhatsApp Payments is UPI based. UPI transactions, linked to the bank account of a user, are already KYC compliant per Indian regulations and don't require an additional layer of scrutiny.

"Expect a lot of online and offline retailers to accept WhatsApp Payments as a standard for paying for your purchases too, and you can pretty much envision this becoming the default app for most of the digital payments you make, if not all," India's News 18.com wrote in an April commentary.