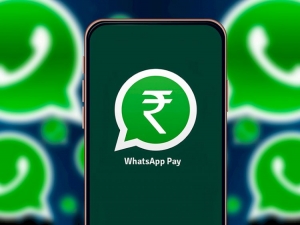 India's payments market is more competitive than ever. While Walmart-backed PhonePe and Google Pay remain dominant for now, WhatsApp Pay may eventually chip away at their market share. With 400 million users of its messaging app in India, the Facebook-owned company could potentially channel the network effect to its advantage. But WhatsApp could be tripped up by fallout over its updated data privacy policy.

WhatsApp lost control of the messaging around its updated data privacy policy, which pertains to use of the app by businesses for customer service (and storage of chats on Facebook servers), not consumer chats and profile data. Given Facebook's spotty track record in that area and the fast spread of misinformation on social media, it did not take long for a WhatsApp backlash to emerge. Vijay Shekhar Sharma, CEO of Alibaba-backed Paytm, said on Twitter, “Here in India WhatsApp/Facebook are abusing their monopoly and taking away millions of users’ privacy for granted." Shekhar added that his compatriots should "move on to" the encrypted messenger service Signal lest they "become victims."

The Paytm CEO was not commenting purely out of altruism. Paytm is one of the local fintechs with the most to lose if WhatsApp Pay makes fast headway in India. It has a large suite of digital financial services in its app but nothing that boasts the stickiness of WhatsApp's messenger.

Meanwhile, in early February India's Supreme Court asked WhatsApp to respond to a plea. That plea seeks a direction to the Reserve Bank of India (RBI) and the National Payments Corporation of India (NPCI) to ensure that data collected on India's Unified Payments Interface (UPI) platform is under no circumstances shared with WhatsApp's parent company or any other third party.

This turn of events puts WhatsApp in damage control mode when it should be focused on ramping up the launch of its e-wallet in India. Yet the company must reassure its Indian users and the country's regulators that it can be trusted with user data. Without winning their trust, WhatsApp will never become a successful financial services provider.

More in this category: « How is BNPL developing in India? Paytm eyes the exit ramp »
back to top