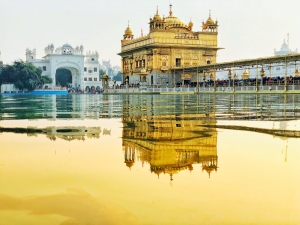 In February 2018, WhatsApp Pay launched a trial run of its services in India, offering them to a million users in a partnership with India's ICICI Bank. During a February earnings call, Facebook chief executive Mark Zuckerberg said that the India test run was a success, auguring good prospects for a wider rollout. "And when so many of the people kept using it week after week, we knew it was going to be big when we get to launch," he said.

WhatsApp Pay had sought to launch in India in 2019, but the rollout was reportedly delayed when the company balked at local data storage requirements. However, in February, Indian media reported that WhatsApp Pay had been given the go-ahead for a phased rollout. The company needed to secure approval from both the Reserve Bank of India (RBI) and the National Payments Corporation of India (NPCI).

“If WhatsApp is able to fulfill the compliance requirements, the messaging platform will be able to do a full roll-out,” an anonymous source told India's Business Standard.

WhatsApp Pay has not commented publicly on why it has chosen a phased launch of its payment service in its largest market. Some analysts say that the company wants to gradually scale the payment business in India, offering it to an increasing number of users as infrastructure is put in place to facilitate the growing transaction volume.

Besides its large user base, WhatsApp Pay will also benefit from operating on India's state-backed Unified Payments Interface (UPI) platform. UPI transactions jumped 183% year-on-year to 2.7 billion in the third quarter of 2019, according to research by French financial services company Worldline.

More in this category: « Paytm shifts focus to merchants as it looks to narrow gap with rivals How will the Facebook-Jio deal shake up India's digital payments sector? »
back to top