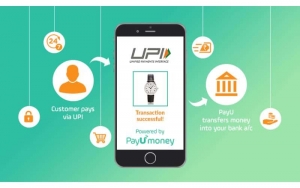 WhatsApp Pay just launched in India for 20 million users. That is big news, given the long and drawn-out waiting period. Indian regulators, however, made a more consequential decision than giving WhatsApp Pay a belated green light, which is overshadowing the app's rollout. The National Payments Corporation of India will restrict the market share of third-party payment applications by capping at 30% the total transaction volume any single digital wallet can process on the preeminent Unified Payments Interface (UPI) platform.

Effective January 1, 2021, the 30% cap will be calculated on a rolling basis per the total UPI transaction volume in the preceding three months. Any third party application which exceeds the cap will have a two-year grace period to meet it.

In the long build-up to WhatsApp Pay's India launch, its opponents argued that the company's huge user base in India would give it an unfair advantage. Legal challenges emerged in Indian courts. The disputes looked set to drag on - until the UPI payments cap arrived. Now neither WhatsApp Pay nor any other digital wallet can easily dominate India's payments segment.

There is a caveat though. The cap only applies to third-party payments apps, such as PhonePe, Google Pay, Amazon Pay and WhatsApp Pay. Fintech unicorn Paytm is exempt because it is considered a payment service provider, not a third party payment app. Paytm may end up benefiting from the new regulation as it could move to grab UPI market share from competitors. So could Reliance's Jio Payments Bank, also considered a payment service provider.

Indeed, Paytm does not seem perturbed in the least by the cap. A Paytm spokesperson told Reuters. “The transactions volume cap put on various payments apps will make sure that NPCI has de-risked and diversified the UPI platform."

Some observers see the NPCI's move as protectionist. To be sure, it hurts Google Pay, Amazon Pay and WhatsApp Pay. But India's own PhonePe, which processed 835 million UPI transactions in October, also will take a big hit.

“The announcement has come as a surprise and has implications for hundreds of millions of users who use UPI for their daily payments and could impact the further adoption of UPI and the end goal of financial inclusion," Sajith Sivanandan, Business Head, Google Pay and Next Billion User initiatives, India, told Bloomberg.

Whether digital wallets will choose to reduce their reliance on UPI and develop their own proprietary payment platforms instead is an open question. State-backed UPI currently has more than 1.2 billion active users in a nation of 1.35 billion. About 189 Indian banks are on the platform. In October, UPI transactions reached a record-breaking 2 billion.

More in this category: « The interminable delay of WhatsApp Pay's launch in India How is BNPL developing in India? »
back to top