UPI transactions cap is not a sure thing 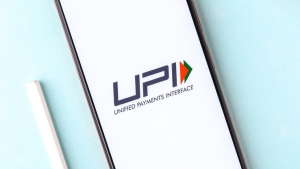 There is a lot of speculation right now about whether India will make good on its promise to cap third-party payment providers’ market share on the United Payments Interface (UPI) at 30%. We argued when the idea was first proposed several years ago that it did not make a lot of sense and would be hard to implement. Now, with December 2022 deadline looming, the National Payments Corporation of India (NPCI), which operates UPI, and the Reserve Bank of India (RBI) are considering extending the deadline.

Indian regulators are not shy about intervening in the digital financial services market when they see fit, especially when Big Tech is perceived to be unfairly dominating a market segment. In UPI’s case, Google Pay and Walmart-backed PhonePe together control about 85% of the market, which gives them an edge over other e-wallets because of the sheer volume of transactions that travel on the UPI rail. UPI processed a record 7 billion transactions in October. In FY22, it processed more than US$1 trillion in transactions for the first time.

As the absolute number of UPI transactions soars, PhonePe and Google Pay are benefiting the most because of the economies of scale they already enjoy. The arrival of WhatsApp Pay has not disrupted the market very much. WhatsApp Pay has less than a 1% market share, while Paytm has about 15%.

Unsurprisingly, PhonePe, which has a whopping 47% of the UPI market, wants the transaction cap deadline to be extended by three years, as does Google Pay. Both companies stand to lose big if they are artificially forced to cap transactions. PhonePe would be the biggest loser as its market share would fall about 18%, while Google Pay’s would decrease about 3%.

However, Paytm would be unaffected because because Paytm UPI is owned by Paytm Payments Bank Limited, which is an NPCI-certified payment service provider and issuer bank for UPI transactions, and not a third-party payment provider. No wonder Paytm says it supports the transaction cap: Its rivals would be capped at 30% of UPI transactions while the sky would be the limit for India’s largest fintech. Even if it exceeded the 30% threshold, which would be a significant feat given it only has a 15% market share now, it would not be subject to the rule so in theory its growth potential would be unlimited.

With that in mind, we hope that Indian regulators at a minimum delay implementation of the 30% transaction cap for a while. If they go ahead and implement the rule now, it will disrupt the payments market at a time when overall fintech investment is already slowing and could have unpredictable knock-on effects.

The rule also looks like it unfairly favors Paytm at the expense of other e-wallets. After all, Paytm made specific business decisions that affected its ability to gain market share on UPI. It hardly seems reasonable for the government to intervene in the market when one firm disproportionately benefits while the others suffer.

More in this category: « Has Paytm turned a corner? How did PhonePe achieve a US$12 billion valuation? »
back to top