The sky still looks like the limit for UPI in India 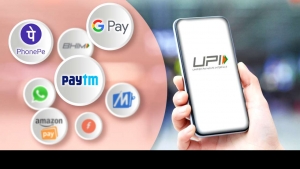 United Payments Interface (UPI), the National Payments Corporation of India’s (NPCI) flagship payments platform, had another stellar month in July. According to NPCI data, UPI processed a record 3.24 billion transactions in July, up 15.7% from June, while in terms of value the payments platform processed transactions worth Rs 6.06 trillion, up 10.76% from a month earlier.

UPI is benefiting from a convergence of factors, including persistent pandemic-driven digitization, an unflagging fintech fundraising boom and to be blunt, a lack of truly formidable competition. Regardless if the NPCI set out for UPI to dominate India payments, it is doing exactly that. Indeed, Immediate Payments Service (IMPS), another platform under the NPCI, recorded a 15% transaction increase in July, reaching roughly 350 million, about 1/9 of the number of UPI transactions.

NPCI has ostensibly moved to curb UPI’s preeminence, but it is unclear yet if the measures have teeth. For instance, as of January 1, there is a 30% cap on the UPI monthly transaction volume of third-party payments providers. Should the market leaders like Walmart-backed PhonePe and Google Pay be held to that, they might migrate to other platforms or else risk losing significant business. PhonePe, for instance, would need to reduce current market share by 16% and Google Pay by about 5%. However, there is no enforcement mechanism yet for the rule, while the grace period will last until early 2022.

Meanwhile, the Reserve Bank of India’s decision to allow private firms to establish and operate retail payment systems – known as New Umbrella Entities (NUEs) – could be a game changer. NUEs will have some advantages over NPCI platforms. For one thing, intra-wallet transactions will be possible. Additionally, for the first time, payment firms will be able to earn interest on customer balances and be permitted to charge fees for online transactions. Some major Indian tech companies have applied for NUE licenses, including Tata, Paytm and Ola, as well as Amazon, which has a pithy 1.83% share of the UPI market and would like an India-based retail payment system of its own for its millions of Indian customers.

For now, UPI’s position looks fairly strong, as its massive reach allows the platform to benefit from many different trends in India’s financial services market. For instance, Live Mint recently reported that UPI is emerging as the preferred mode of payment for retail investors participating in IPOs. In June, UPI accounted for 42% of all retail applications for IPOs.

More in this category: « India’s remittances market defies pandemic Could regulation slow down India’s booming BNPL sector? »
back to top