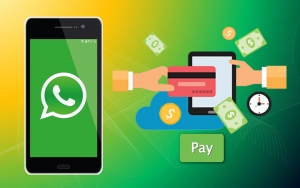 In some respects, WhatsApp is a victim of its own success in India, its largest market with 400 million users. About 178 million of them are active daily users. Indeed, WhatsApp is by far and away India's most dominant messaging app, and messaging is sticky. Provided that WhatsApp Pay works seamlessly in the app, the e-wallet enabled messaging service will rapidly transform into a formidable fintech platform. WeChat in China, Kakao in Korea and Line in Japan have proven that the model works. The trouble for WhatsApp Pay is that its opponents can argue in Indian courts that the U.S. company would have an unfair advantage over its competitors.

For their part, Indian authorities are concerned about data security. They want WhatsApp to ensure that all user data is stored locally. Since WhatsApp Pay focuses on financial transactions, rather than just messaging, regulators are especially wary of anything going awry. The beta version of WhatsApp Pay reportedly stored data such as transaction ID, expiry of collect request and retrieval reference numbers outside of India. It is taking time for WhatsApp to correct that problem.

India's Business Standard recently reported that WhatsApp says it has satisfied the Reserve Bank of India's data localization requirements and hopes that the RBI will soon greenlight WhatsApp Pay. We have heard a similar story (with slight variations) now for more than a year.

To be sure, the RBI remains a key decider of WhatsApp Pay's fate in India. Yet the Indian Supreme Court also has a role to play. WhatsApp Pay cannot launch without the Supreme Court's approval. Meanwhile, there are several petitions pending in the court filed by the NGOs Good Governance and Centre for Accountability and Systemic Change that seek to block WhatsApp Pay from operating in India. A third petition filed by a member of India's Parliament also targets Google, Amazon and Facebook, seeking to prevent them and WhatsApp Pay from operating payment platforms on India's dominant Unified Payments Interface (UPI).

The petitioners argue that WhatsApp Pay will fail to protect the user data of Indians. One of the petitions noted that India banned numerous Chinese apps on the grounds that they posed unacceptable risks to user data security. The reality is more complex: The bans occurred amid rising political tensions between China and India.

Looking ahead, rising protectionist sentiment in India could complicate WhatsApp Pay's prospects. More legal challenges may arise. The company must convince both the RBI and Supreme Court that it can safeguard Indian user data locally.