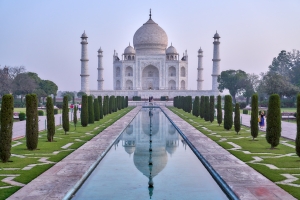 In early February, Paytm launched an all-in-one payments gateway for SMEs, signaling a shift to merchants from retail customers. The new system includes a stand that displays QR check-out codes, a "sound box" that provides voice confirmations of transactions, cloud software to manage inventory and a POS device equipped with a scanner and printer. The device accepts all types of digital payments, not just those offered by Paytm.

Amidst intensifying competition, Paytm raised US$1 billion from Softbank's Vision Fund and other investors in November, increasing its valuation to US$16 billion. Despite that high valuation, the company has never posted an operating profit in its 10 years of existence. That wasn't a big problem in the heady days before the abortive IPO of troubled office-sharing startup WeWork. Yet, since then, tech investors have shown less tolerance for flagrant cash burning.

Paytm's executives express optimism in public appearances and interviews. “Paytm is already bigger than all other players combined in merchant mobile payments," Vijay Shekhar Sharma, founder of Paytm parent One97 Communications Ltd., said during the recent launch of the all-one-payments gateway in Bangalore. Paytm accounts for about 5 billion of the total 9 billion merchant payments in India, he added.

In a February interview with Indian online media Daze Info, Sharma said that the new payments gateway would help the firm attract 10 million new merchants this year, bringing the total to 25-26 million.

Merchant reception has been enthusiastic, he said. Merchants are willing to pay for the system because it solved two problems for them: "The fraud payment confirmation screen is slowly becoming a big challenge for merchants to deal with and it’s bad for any business. The second one being sticky confirmation."

Regarding a future IPO, Sharma said that the company had no definite timeline. Before having a concrete IPO roadmap, Paymt should "be making money and predictable," he said.