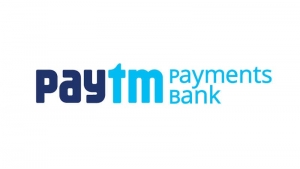 India fintech sensation Paytm plans to reduce its losses by 1/3 to $400 million annually, according to The Times of India. Softbank and Alibaba-backed Paytm is India's most valuable tech startup with a $10 billion valuation, but has been burning cash at a torrid clip for years, like many of its peers across the region. In the 2019 fiscal year, Paytm lost a whopping $600 million, up 300% over the same period a year earlier.

Paytm executives say that the company is now contribution margin positive. In other words, its transactions are profitable before accounting for costs such as employee expenses and compliance fees.

To move further away from the red, Paytm almost certainly should stop subsidizing its services so heavily. It's a common strategy for India fintechs, which works to develop a large user base, but is extraordinarily costly. If the company's backers are eyeing profitability sooner rather than later (or never), they won't support Paytm offering cashback coupons forever.

Under that hyper-competitive scenario, Paytm plans to continue investing its payments business. In an interview with The Times of India, CEO Vijay Shekhar Sharma said that Paytm would sink $150-200 million into the payments business, without specifying a time frame for the investment. Paytm will also expand its lending and insurance businesses, he added.

At a recent meeting of Softbank portfolio companies held in Pasadena, California, Softbank founder Masayoshi Son told company leaders to reach profitability soon and emphasized the importance of sound corporate governance, according to a September Bloomberg report. Public investors aren’t going to tolerate gimmicks, like super-voting rights or complicated share structures, that privilege founders over other stakeholders, he said.

Several days after the retreat ended, WeWork’s eccentric co-founder Adam Neumann resigned, under heavy pressure from Softbank. WeWork called off its planned IPO as it became clear that investors were squeamish about an unprofitable real-estate startup. Other WeWork executives close to Neumann resigned soon thereafter.

More in this category: « Investors from China and US race to capitalize on India's rapid digital payments growth Can India do without super apps? »
back to top