Paytm is in good spirits despite rising losses 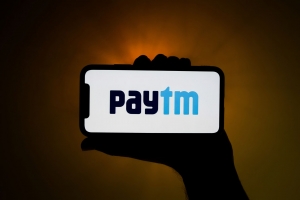 Paytm is in high spirits. Its stock has risen 45% over the past three months, making it an outlier among fintechs. Paytm is even feeling pretty good about losing 6.44 billion rupees (US$81 million) in the first quarter of FY2023, an increase of 70% from a loss of 3.8 billion rupees a year earlier. Paytm attributed the higher loss to increased operating costs and said it is on track to reach operating profitability by the second quarter of the fiscal year.

Paytm had been, until very recently, a company focused on growth. It benefited from the backing of the deep-pocketed SoftBank and Ant Group. Paytm had the money to expand into whatever it wanted, from insurance and stock trading to gold investing to loan distribution and collection for non-banking financial companies (NBFCs). It talked about becoming a financial services super app. The trouble is, India is too large, fragmented, and competitive a market for the equivalent of an Alipay or Kakao. The strategy will not bear fruit. But it will burn a lot of cash.

After a disappointing market debut last November, Paytm has been trying to reinvent itself as a disciplined, profitability focused on fintech. It is thus no surprise Paytm is turning to lending. Since it lacks a banking license, it cannot offer bank loans itself but instead manages loan distribution and collection for NBFCs. In the first quarter of FY2023, Paytm disbursed 8.5 million loans, up 500% year-on-year. However, 60% of Paytm’s lending revenue comes from the buy now, pay later (BNPL) segment, which is increasingly in regulatory crosshairs. This could be risky going forward. Personal and merchant loans together account for the remaining 40%.

At the same time, Paytm has its eyes on a small finance bank (SFB) license, which is expressly issued for the purposes of boosting financial inclusion. Under Reserve Bank of India (RBI) guidelines, Ss should focus on serving small business units, small farmers, micro and MSMEs and "unorganized entities." Like other commercial banks, small finance banks are permitted to engage in all basic banking activities, notably lending and taking deposits.

If Paytm wins an SFB license it would be the first payments bank to accomplish that feat. It is technically now eligible because its payments bank is controlled by Indians and has completed five years of operations. Paytm Payments Bank got its license from the RBI in 2017. Meanwhile, the application process for the SFB license could take well over a year.

We reckon the SFB license could be a game changer for Paytm. It already has a huge user base, both retail and merchant, but has struggled to make its services profitable. Being able to provide them directly with core high-margin banking services could change that definitively.

More in this category: « India’s newest fintech unicorn is focused on credit cards Are credit cards ascendant in India? »
back to top