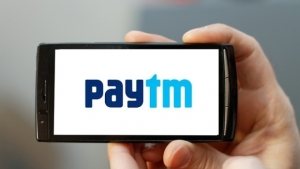 Paytm is India's most valuable tech startup and largest fintech. The company says it processed 1.2 billion transactions in January, more than its rivals Google and PhonePe that are dominant on the UPI platform. It claims to serve more than 17 million merchants. Yet Paytm is still losing money after more than a decade, burning cash faster than it can earn revenue. That must change soon if the SoftBank-backed firm expects a successful IPO in 2022.

In the 2020 fiscal year, Paytm managed to reduce its losses by 30% and grow operating revenue 1.5%, according to data from the company's consolidated corporate returns cited by Entrackr. The Indian payments giant remains deep in the red though. EBITDA margins are -65%, compared to -112% in FY 2019.

However, compared to its competitors, Paytm enjoys several advantages. One is that it has a growing suite of digital banking services available in its app, from deposit taking and lending to stock trading, mutual funds and insurance. These offer better margins than payments. As a local company, Paytm can find partners with less regulatory hassle than foreign tech giants.

As India grows warier of foreign domination of its tech sector, Paytm will benefit. For instance, India imposed a 30% cap on monthly UPI transactions by third-party payment apps effective Jan. 1, 2021. While Google Pay, PhonePe, Amazon Pay and others cannot exceed that threshold, the limit does not apply to Paytm. India's regulators do not consider Paytm a third-party payment app. While it remains unclear how enforcement of the rule will play out (there is a two-year grace period) to become compliant, Paytm does not have to worry about it.

A potential game changer for Paytm would be if the company won a new umbrella entity (NUE) license, which will allow licensees to establish and operate ATMs, point-of-sale systems, remittance services and other payments solutions, as well as charge businesses transaction fees. Paytm is applying for the license in a consortium with ride-hailing giant Ola and at least five other firms.

Also vying for an NUE license will be a consortium made up of Reliance, Facebook and Google, another consisting of Amazon, Visa, Indian retail banks ICICI Bank and Axis Bank, and fintech startups Pine Labs and BillDesk, and a third consisting of Tata Group, Mastercard, telecom operator Bharti Airtel, and retail banks Kotak Mahindra Bank and HDFC Bank.

Competition will be fierce for the NUE license/licenses. The Reserve Bank of India is expected to award a maximum of two licenses and will likely spend six months deciding the winners. Once they are decided, the NUE entities will probably need a year before they go live.

More in this category: « WhatsApp Pay trips up again in India Amazon steps up its India fintech play »
back to top