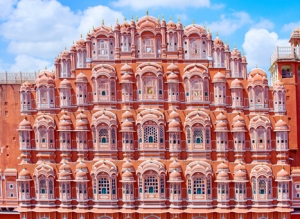 New Delhi appears to be taking a page of out of Beijing's book. China restricted foreign competition and picked winners among internet platforms. Baidu emerged as the search champion, Alibaba as the top e-commerce company and Tencent as the digital content king. In the mobile internet era, the fintech arms of Alibaba and Tencent first dominated payments and later wider online banking.

Foreign investors already have a bigger presence in India's internet companies than they did in China. It's hard to imagine them divesting their holdings. But they could come under increasing regulatory pressure as protectionist sentiments grow.

In June, Indian media reported that WhatsApp Pay is on track to launch in India. We have read dozens of such reports over the past two years. This time, WhatsApp is reportedly fully compliant with data localization requirements, according to The Times of India.

The fact that India's Competition Commission (CCI) approved Facebook's US$5.7 billion investment in Jio should augur well for WhatsApp Pay, but we cannot assume that approval is a done deal - not with local competitors continuing to pressure regulators.

"WhatsApp Pay should come in when they can," PhonePe founder and CEO Sameer Nigam told India's Economic Times in a recent interview.

The CCI is still investigating a claim received in March that alleged WhatsApp was combining its payment and messaging services without offering an opt-out. Because WhatsApp has such a huge user base in India - about 200 million - the U.S. company would have an unfair edge over competitors such as homegrown Paytm, the complaintaint said. Additionally, bundling payments and messaging together could potentially violate Indian antitrust laws.

Indian regulators have not yet made up their mind about WhatsApp Pay. When it comes to Chinese apps, they decided in late June to simply ban 59 ban of them, including the ultra-popular short-form mobile-video app TikTok. TikTok expects the ban could cost it US$6 billion in losses. India is the Chinese company's top foreign market.

To be sure, TikTok is not a fintech, but fintechs are already feeling the fallout from the ban on Chinese apps. Paytm has come under pressure for the stake Alibaba holds in the company.

PhonePe's Nigam emphasized that Paytm is very much an Indian company despite being backed by the Chinese e-commerce giant. "They are headquartered in India, have thousands of employees here, people have celebrated the company's achievements for the last five years," he told The Economic Times, adding: "The government has said we need FDI."

More in this category: « India's tighter scrutiny of Chinese investment could hurt fintechs Paytm bets on insurance »
back to top