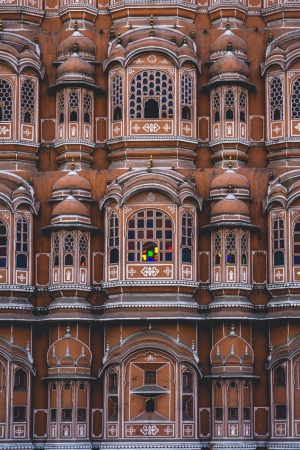 India has long been a non-allied country. Amidst rising Sino-American tech competition, India's policy has not changed. It leans towards neither Washington nor Beijing. As India's digital payments sector surges, Chinese and U.S. tech investors shut out from each other's markets are instead competing intensely on the subcontinent. Consolidation will occur as India's digital payments market matures, as it did in the e-commerce, ride-sharing and food-delivery segments, analysts say.

The stakes are huge: India has about 450 million internet users, which should expand to 667 million by 2022, according to an Assocham-PWC India study. Digital payments in India will more than double to $135.2 billion in 2023 from $64.8 billion this year, the study predicts. To accelerate the adoption of digital payments, the Indian government in July waived associated merchant fees. Per the government's decision, Indian retailers with annual payments volume of at least Rs 50 crore ($7.3 million) a year no longer must pay banks a 2% fee on electronic payments.

By most estimates, India is the world's hottest major fintech market. In the quarter ended March 2019, India fintechs received $286 million in VC investment compared to $192 million for Chinese fintechs. Overall, investment in Indian fintech fell to $300 million in the first half of the year compared to the same period in 2018, according to KPMG, but that was part of a wider regional trend rather than a specific slowdown in India.

Last year, Chinese investors stepped up investment in Indian tech firms, injecting a total of US$35 billion according to data provider Tracxn, and participated in almost double the number of funding rounds from a year earlier.

"India is the only large country where you have American companies . . . and you have the Chinese companies,” Nandan Nilekani, who is heading an Indian government effort to increase online transactions, told The Financial Times in August. “That’s why you’re seeing so much activity.”

One of the most notable rivalries between a China-backed and US-backed startup is Paytm, in which Alibaba has invested, and Walmart-owned PhonePe. In recent months, PhonePe has moved ahead of Paytm in terms of United Payments Interface (UPI) transactions, which are preferred for small-value transactions. In July, PhonePe recorded 300,000 transactions compared to Paytm's 140 million. Reportedly, growth in PhonePe's offline merchant base is fueling its rise in transactions. GooglePay matched PhonePe with 300,000 transactions. The U.S. tech giant and PhonePe each have about a 35% share of India's UPI digital payments market, compared to Paytm's 16%.

Overall, however, Paytm retains a commanding lead in India's digital payments market, company executives say. Paytm has a 70% share of digital payments among online and offline merchants and recorded 600,000 transactions in July, according to The Economic Times.

More in this category: « India's cashless dream remains elusive Paytm plans to slash losses by 1/3 to $400 million »
back to top