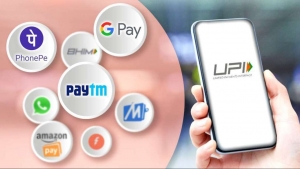 India’s UPI real-time payments platform has achieved impressive growth since its inception just over six years ago, with expansion being especially turbo-charged during the long coronavirus pandemic. The acceleration of India’s overall digital economy over the past 2.5 years has helped UPI become the most dominant platform of its kind on the subcontinent and even begin nascent international expansion: to the UAE, Bhutan, Singapore, Nepal and now France. The question now is if UPI can build meaningful market share outside of its home country, where it enjoys some inherent advantages.

UPI’s boosters argue that its open protocol upon which other technologies can be built allows it build a larger and more user-friendly network than its competitors for payments. In a recent Fortune article, Vivek Wadhwa, Ismail Amla, and Alex Salkever wrote, “By facilitating exactly what blockchain was supposed to do—cutting out intermediaries and inducing greater competition— UPI could force a global acceleration of innovation in payment technology.”

Meanwhile, the e-wallets that are most dominant on UPI also happen to be the most successful in India. Walmart-backed PhonePe has about a 49% share of UPI transactions, while Google Pay has around 35% and Paytm is a distant third with about 10%. WhatsApp Pay, despite having a huge potential user base thanks to the popularity of its messaging app in India, does not even have a 5% share of the UPI market. If that does not change, it is highly unlikely WhatsApp Pay will become a major third-party payment provider in the subcontinent. WhatsApp will have to spend heavily to catch up to the UPI market leaders, and that seems to be its plan; it recently started offering generous cashback to UPI users.

And there’s where the government intervention comes in. Indian regulators and legislators have repeatedly expressed concern about both WhatsApp’s user data storage practices and its potential unfair advantages due to it having 487 million users in India. Though WhatsApp Pay began a pilot in 2018, it was not until very recently that it was given permission to serve a large number of users, and even that amount – 100 million – is just a fraction of India’s overall population and its user base.

Additionally, the Reserve Bank of India has capped UPI monthly market share in a bid to prevent any particular third-party payment provider from becoming too dominant. While the the Fortune author’s articles argue that the decision was wise, even if it “may make foreign companies and some venture capitalists scream government interference,” they note that it has not prevented UPI from attracting more than 300 banks and dozens of payment apps and startups.

Such policies may be in India’s interest, but it is unlikely UPI can rely on a similar toolkit outside of its home market. That said, to NPCI’s credit, it seems to be focusing on international markets where it can capitalize on strong demand for outbound remittances. After all, India is the world’s largest remittance market, and UPI has expanded to the UAE (one of the top sources of remittances to India) as well as Singapore thanks to its link-up with PayNow.

UPI’s expansion to Nepal is arguably more significant though. While NPCI previously partnered with Singapore and Bhutan to allow UPI-based payments to be accepted in those two countries and also inked a deal with the UAE’s Mashreq Bank that enables Indian travelers to the country pay for their purchases, the Nepal expansion marks the first time UPI’s real-time payment system is fully adopted internationally. UPI will function for Nepali users like it does for Indians in India.

Finally, UPI’s expansion to France is something to observe with interest. With an MoU signed with Lyra Network of France, Indian visitors the country – which should pick up significantly with the pandemic and related travel restrictions easing – will be able to easily make payments with UPI cards.

Tags:
More in this category: « Assessing the implications of India's new fintech crackdown India’s newest fintech unicorn is focused on credit cards »
back to top