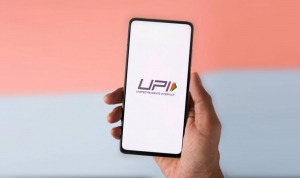 India’s United Payments Interface (UPI) is a bit of an anomaly in the world of fintech, which is typically dominated by high-flying startups and deep-pocketed venture capitalists. UPI was launched in 2016 by a specialized division of the Reserve Bank of India, the National Payments Corporation of India (NPCI), to create a unified real-time payments platform for the subcontinent’s retail payments. Governments are usually not seen as leading fintech innovators, but in this case, UPI has been so successful that other countries are keen to learn from its success; it is expanding internationally and India’s leading e-wallets compete for the largest share of UPI payments.

UPI has been of the biggest beneficiaries of India’s pandemic-driven accelerated adoption of digital payments. In FY22, it processed more than 46 billion transactions worth Rs 84.17 trillion (more than US$1 trillion). The growth in that period was nearly double that of the previous fiscal year, during which UPI processed 22.28 billion transactions worth Rs 41.03 trillion. Since early 2020, its payment transaction volume has risen by 350%.

With no peer competitor, UPI has thrived thanks to its convenience and ease of use, particularly interoperability. UPI is linked to an existing bank account and is compatible with bank apps or third-party apps. Though many UPI users access the platform through their smartphones, with the launch of UPI 123, it can be used offline too. All that is required is a working feature phone.

Given its close links to the Indian state and financial regulators, UPI does not face the same constraints as a private company when it comes to earnings. It thus enjoys some flexibility that other firms do not.

One challenge for UPI could be enforcing a government edict that bars any third-party payment provider from holding more than 30% share of overall UPI payment transactions. Enacted in early 2021, the rule has a grace period of roughly two years. Walmart-backed PhonePe has had around a 45% market share for a while now. We are curious how Indian regulators will compel the company to cut that by 15%. Google Pay has about 36%. It too would need to reduce its UPI transactions as well to be compliant with the rule.

Meanwhile, we are watching closely to see if UPI can replicate any of its success in the Indian market overseas. One country to watch carefully in this regard is Nepal, where UPI launched in February. Though NPCI previously partnered with Singapore and Bhutan to allow UPI-based payments to be accepted in those two countries and also has an agreement with the UAE’s Mashreq Bank that enables Indian travelers to the country pay for their purchases, the Nepal expansion marks the first time UPI’s real-time payment system is fully adopted internationally.

More in this category: « Will Paytm reach profitability by 2023?
back to top