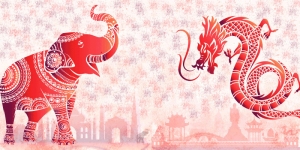 The new rules could end up hurting Indian startups that receive regular funding from big Chinese investors, especially as many of the firms are already reeling amid the pandemic. Alibaba is a key backer of Indian digital payments firm Paytm - the country's most valuable startup - online grocer BigBasket and e-commerce platform Snapdeal. Tencent has invested in car-hailing app Ola and education startup Byju’sup. Beijing-based Bytedance has plans to invest $1 billion in India.

At least 16 China-based entities, among them the Asian Infrastructure Investment Bank (AIIB) and People's Bank of China (PBoC), are registered as foreign portfolio investors in India. Many of these Chinese FPIs have been investing in India's capital markets for many years.

Atul Pandey, a partner at Indian law firm Khaitan & Co. who serves as an advisor to Chinese investors, told Reuters in May that government screening could force firms to put investment plans on hold and stymie new capital inflows from the Chinese mainland and Hong Kong.“(This will) have an immense impact on investor sentiment,” he said.

To some extent, closer scrutiny of Chinese investment in the Indian tech sector was inevitable. There are strong commercial ties between Beijing and New Delhi, but the two nations are geopolitical rivals. Once Chinese investment reached a critical mass, Indian regulators stepped in. Data from Refinitiv show that Chinese investors poured a record US$1.4 billion into Indian startups in the fourth quarter of 2019. 2/3 of India’s unicorns now have at least one Chinese VC investor, according to The Financial Times.

The restrictions on Chinese investment come as Facebook's WhatsApp Pay struggles to gain regulatory approval to operate in India. With its 400 million users, WhatsApp could potentially dominate India's digital payments market. Indian regulators have flagged the company's alleged failure to comply with data localization rules as the reason for the protracted delay.

At the same time, recent media reports mention that the Competition Commission of India (CCI) is reviewing a complaint filed in March alleging that WhatsApp is abusing its market position by integrating its messenger service and e-wallet. Such a bundling of features could "harm competition and violate the country’s antitrust laws," according to a source cited by Reuters. That sounds like a local competitor seeking regulatory protection.

More in this category: « How will the Facebook-Jio deal shake up India's digital payments sector? Is India picking winners among fintechs? »
back to top