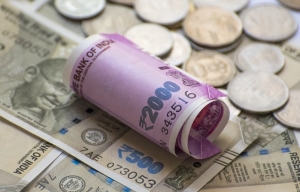 India’s remittances market was supposed to contract 9% in 2020 per a World Bank forecast. It was a reasonable prediction given the turmoil wrought by the coronavirus pandemic on public health and the global economy. Yet the market was much more resilient than expected. Data from the World Bank show that remittances to India fell just 0.2% in 2020 to US$83 billion.

As it turns out the resilience of India’s remittance flows was in line with a global trend. Officially recorded remittance flows to low- and middle-income countries totaled US$540 billion in 2020, dropping just 1.6% from 2019’s US$548 billion. Helping drive remittances were fiscal stimulus that boosted economic conditions in host countries and an accelerating transition from cash-based and informal payment channels to cashless, formal ones. In India’s case, the decline in remittance flows was largely due to a 17% drop in remittances from the United Arab Emirates (UAE), which offset resilient flows from the United States and other host countries.

Meanwhile, several major fintechs are moving to increase their presence in India’s remittances market, where the fundamentals are strong. While India was hit hard by Covid this spring, cases have been steadily decreasing in recent weeks while vaccination rates are gradually climbing. Fintech investment continues to grow as does the volume of cashless payments.

At the same time, the economy is booming in the United States, the second largest source of remittances to India after the UAE. The U.S. economy expanded 6.4% year-on-year in the first quarter and is expected to grow 10.1% in the second quarter, according to the Atlanta Federal Reserve’s GDPNow tracker.

On June 1, UK money-transfer firm Wise said that users in India would now be able to send money from India to 44 different countries, among them Singapore, the UK, the U.S., the UAE and countries in the European Union. India’s outward remittances market is much smaller than its inward one at about US$18.75 billion, but still significant. About 60% of it is directed towards travel and study abroad expenses. India’s central bank allows residents to freely send up to $250,000 abroad to fund personal expenses or education per financial year — which begins in April and ends in March the following year.

In a June interview with CNBC, Kristo Kaarmann, CEO and co-founder of Wise, said that the company received many requests from users for outward remittance services. “India specifically, it is very exciting,” he said.

Wise announced in May that it would work with Google Pay and Western Union to allow U.S. users to send money to India and Singapore.

Meanwhile, UK neobank unicorn Revolut, which announced a US$25 million investment in India earlier this year, has waived the fee on remittances to India since May 10. “This temporary waiving of fees is intended to help individuals who remit to India to support families and friends who are battling the pandemic back home,” Revolut said on its blog. One June 10, Revolut extended the fee waive for another 30 days to July 10.

More in this category: « Who is winning India’s UPI payments race? The sky still looks like the limit for UPI in India »
back to top