India’s Razorpay thrives as an outlier 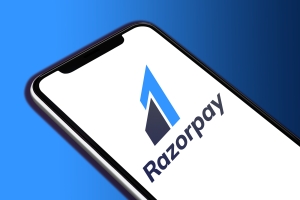 Razorpay is the rare fintech unicorn with discipline and focus, as well as a sky-high valuation. Last valued at US$7.5 billion in December 2021, the Bengaluru-based payments gateway is notable for growing through strategic acquisitions and sticking to its B2B focus despite pressure to foray into retail. It is now poised to expand beyond its home market into Southeast Asia.

Founded in 2014, Razorpay provides companies with payments and digital banking solutions. It has a wide variety of customers, including Indian tech firms such as Flipkart, Zomato, Swiggy, Ola and Cred as well as Google, Meta and Wikipedia. As the company has grown it has developed a strong value proposition: to provide a comprehensive financial ecosystem for businesses in India. A key part of this value proposition is Razorpay’s ability to offer banking services to businesses through its neobanking platform RazorPayX. These services allow Razorpay to generate revenue from a wider variety of sources, and at a higher margin in many cases than payments alone. As of late 2021, Razorpay said that its neobanking platform had been growing at 30% month-on-month in transaction volumes.

Razorpay made a wise decision last year that in retrospect that has likely saved it a lot of money: It resisted the urge to expand into buy now, pay later (BNPL), a segment that was red hot in India last year and probably could have helped the company obtain a higher valuation – at least temporarily.

According to a recent Forbes India article, a VC told Razorpay’s founders last year of BNPL, “Everybody is doing it. You guys must also think seriously.” Co-founder and CEO Harshil Mathur told Forbes India, “It’s always hard to resist such a temptation.”

Fortunately, Razorpay eschewed BNPL and its core payment services unit is profitable, though Razorpay Capital and Razorpay X, two more nascent revenue engines for the group, account for just 10% of revenues and are incurring losses.

Looking ahead, Razorpay plans to expand into Southeast Asia. In February, it took a majority stake in the Malaysian B2B payments solutions provider Curlec for an undisclosed sum. Razorpay aims to use its stake in Curlec to expand its core payments services to Malaysia, Indonesia, Thailand and the Philippines.

In an interview with India’s Business Today, Razorpay’s chief business officer noted that while payment systems and payment flows differ depending on the country, he believes that company’s “underlying infrastructure and capabilities of onboarding a merchant, doing settlements, doing reconciliation, etc. can be leveraged in the Southeast Asia market” and Razorpay aims “to be the largest player there in the next 3-4 years.”

More in this category: « Can UPI thrive internationally? Has Paytm turned a corner? »
back to top