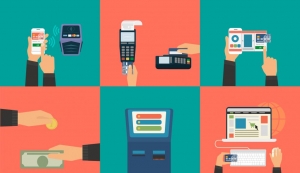 Vying for control of India's payments market are a handful of e-wallets: Alibaba and SoftBank-backed Paytm, Walmart-backed PhonePe and Google Pay. Determining the market leader depends on whom you ask, and the answers can vary considerably. By RedSeer's estimates, Paytm dominates India's merchant payments segment - expected to grow at a 50% annual rate over the next five years - with a 50% market share, followed by PhonePe at 30% and Google Pay at 10%.

However, in terms of transacting users - those who have made at least one payment through the app in a month - Google Pay leads with 75 million, according to Tech Crunch. PhonePe is No. 2 with 60 million transacting users, while Paytm is a distant third with 30 million, down from about 60 million in January 2019.

While we aren't holding our breath, WhatsApp Pay may enter the fray sooner rather than later. In late July, the National Payment Corporation of India (NPCI) certified that WhatsApp is now in compliance with data-localization norms. That decision clears the main regulatory hurdle to WhatsApp Pay entering India.

WhatsApp Pay scored another victory in August when India's Competition Commission of India (CCI) dismissed an antitrust case alleging the company abused its market power (It has 400 million users in India, its largest market) to launch its e-wallet in the subcontinent. The CCI noted in its ruling that WhatsApp Pay is currently available to less than 1% of its users in the country in its beta version.

WhatsApp Pay still needs final approval from the Reserve Bank of India (RBI) before it can launch in the country.

Meanwhile, the RBI's plan to create new umbrella entities for retail payments could further shake up the market. According to BloombergQuint, the new rules could allow current players in the finance sector from payment firms to stock exchanges to develop retail payments platforms that would complement those already in service and operated by the National Payment Corporation of India. The payments solutions could be tied to ATMs, remittances and white-label POS devices, to name a few.

Ajay Adiseshann, founder and chief executive officer of payments firm PayMate told BloombergQuint, “A single entity controlling the foundation of retail payments could be sub-optimal in the long run with so much ground to be covered."

More in this category: « Paytm bets on insurance Why is India integral to Amazon's fintech foray? »
back to top
© 2007 - 2021 Kapronasia