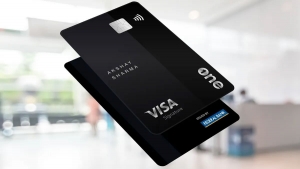 India’s fintech unicorn club has a new member, the credit provider OneCard. In mid-July, OneCard announced it had raised US$100 million in fresh funding at a valuation of US$1.4 billion, nearly double its January valuation of US$750 million. Leading the round was Singapore’s Temasek. Other key participating investors existing backers QED, Sequoia Capital India and Hummingbird Ventures. To date, OneCard has raised US$225 million and says it has over 250,000 customers spending about US$60 million with its cards each month.

OneCard should be given credit (pun intended) for cultivating an overlooked market niche in India. With all of the hype around buy now, pay later (BNPL) in the subcontinent, many fintechs and investors have paid less attention to the credit card segment. India’s credit card penetration is low, estimated at just 5.5% by the Reserve Bank of India (RBI). However, in 2021 that figure was just 3%, so adoption is growing, albeit slowly. Further, compared to other cashless payments, credit cards are used for bigger transactions in India, and many credit card users have above-average income.

One of the reasons credit card penetration is so low in India is that banks have relatively strict requirements for issuance. Most Indians cannot meet them.

However, OneCard estimates 80 million to 90 million Indians are currently eligible for credit cards based on its issuance criteria. While less than 10% of the Indian population, it is still a significant number of people. Reflecting India’s rapid transition to digital payments, OneCard operates a mobile-first credit card. Its cards, for which the startup partners with banks, have no annual fee and give customers more control and flexibility over how and where they transact. It also offers a range of personalized rewards and loans to customers. Helping OneCard drive customer acquisition is the app OneScore, which helps users understand and learn their credit score.

Auguring well for OneCard is that it does not seem to have been adversely affected by the RBI’s recent directive that bans certain fintechs (many which are considered BNPL firms) from using pre-paid instruments (PPIs) to extend short-term, interest-free loans to customers for online purchases. The guidelines do not apply to OneCard is because it is not a PPI issuer.

“OneCard is a tech solution provider for the banks. It’s a proper credit card that the banks issue. OneCard, of course, plays a role as a technology solution provider there,” Mohit Bhandari, managing director of investment for Temasek in India, told Business Standard earlier this month.

More in this category: « India’s UPI is starting to think globally Paytm is in good spirits despite rising losses »
back to top