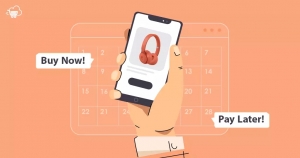 India’s buy now, pay later (BNPL) market had a cracking 2021 and is charging full speed ahead into 2022. According to RazorPay’s The Covid Era of Rising Fintech report, the India BNPL market grew more than 637% in 2021, even better than 2020’s 569% growth. For its part, India BNPL firm ZestMoney found in a recent survey that BNPL is the top payment option for Indian consumers across all age groups – though most users of the service in subcontinent are ages 23-26. ZestMoney said that its BNPL transactions rose 300% annually in 2021.

BNPL is growing expeditiously in India thanks to a convergence of favorable factors: the rise of e-commerce and digital payments, low credit card penetration but strong demand for credit, steady economic growth (and rising household incomes), and for now, light regulation. Indeed, the latter point is especially salient. In some advanced economies where BNPL has taken off like a rocket, regulators are slamming on the brakes. Australia is perhaps the most notable example.

In November, a working group set up by the Reserve Bank of India (RBI) mooted tighter oversight of digital lending, as its research found that that 600 of the 1,100 lending apps on Indian app stores that it reviewed were illegal. If the working group's recommendations are adopted, then unlicensed BNPL platforms could have a real problem on their hands. For instance, the popular BNLP platform Simpl does not have a non-banking financial company (NBFC) license. In contrast, Capital Float, ZestMoney and Slice do have the NBFC license.

At the same time, Indian regulators know that overregulating BNPL might hurt financial inclusion more than protect consumers. Many Indians have limited options for credit besides BNPL platforms. There are currently about 67 million credit card holders in India, which in absolute terms is significant (the size of France’s population) but represents just a fraction of India’s 1.3 billion people. Further, credit cards tend to focus on only the premium market – those most likely to have a formal credit history.

BNPL platforms, on the other hand, are willing to serve the mass market, which includes over a billion people. No wonder the Indian consultancy Redseer estimates the BNPL market will grow from the current US$3-3.5 billion to US$45-50 billion by 2026.

While the consumer BNPL market tends to attract the most attention, the merchant segment offers significant opportunity as well. Sezzle reported in its fourth quarter earnings that its active merchants had grown 76% year-on-year to 47,000.

Further, the Indian startup Rupifi recently raised US$25 million from investors led by Tiger Global and Bessemer Venture Partners to develop its BNPL merchant solutions. Rupifi currently works with about two dozen B2B marketplaces in India, among them Walmart, Flipkart and Jumbotail, to provide credit – ranging from US$135 to US$13,500 – to their merchant partners, many who are small mom and pop operations. Rupifi has provided credit to more than 50,000 sellers thus far, according to TechCrunch.

“B2B payments and B2B credit are large problems with technology being the future to solve these and the Rupifi team is building around that keeping the SMEs at the core,” Vishal Gupta, managing director of Bessemer Venture Partners, said in a statement.

More in this category: « Could regulation slow down India’s booming BNPL sector? Razorpay’s B2B focus is paying off »
back to top