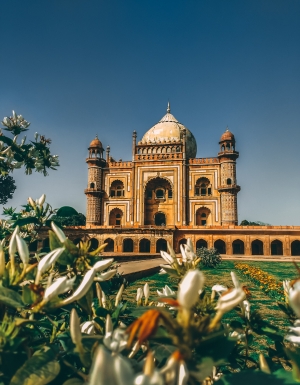 The Facebook-Jio tie-up comes amid WhatsApp Pay's long-delayed India launch. Regulatory concerns about Facebook's ability to store user data locally have held up the launch of WhatsApp's digital wallet in the subcontinent. At some point, we can assume that WhatsApp Pay will be approved in India. Now that Facebook has a strong local partner - Jio's parent company Reliance Industries is India's largest company by market capitalization - the approval process should be expedited. Reliance can probably navigate India's regulatory environment more adroitly than Facebook.

Once WhatsApp Pay is launched in India, it will be integrated into an ecosystem that includes the company's messaging app, the JioMart e-commerce platform, the Jio Payments Bank and Jio's telecoms network. WhatsApp's India user base, already substantial at 400 million, will grow with the addition of Jio's 388 million users, although some of them already use WhatsApp. Also working in the partnership's favor: WhatsApp Pay will operate on India's fast-growing Unified Payments Interface (UPI) platform. UPI transactions rose 183% year-on-year to 2.7 billion in the quarter ended Sept. 2019, according to French financial services company Worldline.

Facebook and Jio will aim to build a one-stop shop for chatting, shopping, content consumption and ultimately, digital banking. If the tie-up is successful, Facebook and Jio will look to expand beyond payments and deposit-taking (which Jio's Payments Bank already can do) into lending, credit cards, insurance, wealth management and more.

That's not to say it will be easy to build a super app in India. Indeed, Facebook and Jio face less hospitable market conditions than WeChat did in China. The Chinese app faced very little real competition. By 2014, when it charged into digital banking, foreign internet companies had been effectively expelled from the China market. Ant Financial's Alipay was a fintech and e-commerce competitor, but lacked a popular messaging app.

In contrast, the India payments market is ultra-competitive. Local and foreign players both have significant market share. Google Pay is the market leader followed by Walmart-backed PhonePe, according to research firm Razorpay. India's own Paytm - backed by SoftBank - is another big player. AmazonPay competes in the India market as well.

WhatsApp Pay would have been a valid challenger to any of these companies on its own. Together with Jio, it is even more formidable. To compete against this juggernaut, other payments firms in India will probably need to consider consolidation.

More in this category: « WhatsApp Pay closes in on long anticipated India launch India's tighter scrutiny of Chinese investment could hurt fintechs »
back to top
© 2007 - 2021 Kapronasia