How is BNPL developing in India? 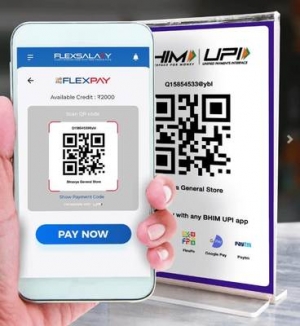 Buy now, pay later (BNPL) is taking the payments world by storm, from the advanced economies to emerging markets. There seems to be a universal appeal for consumers - whether they are accustomed to using credit cards or not - to interest-free installment payments. That holds particularly true during the pandemic, when lenders control credit tightly. In India, some of the largest BNPL players include the unicorn Pine Labs, Vivifi (which operates Flexpay), Simpl and ZestMoney. All of these firms saw growth in their BNPL products in 2020.

In developed economies, some consumers choose BNPL instead of credit cards to avoid having to pay interest on the debt. But in India, there are fewer credit options. Credit card penetration remains low in the subcontinent, with just 52 million users in a population of nearly 1.4 billion. BNPL offers a credit shortcut to low-income Indian consumers - the majority of the population - who cannot get a credit card from a bank.

According to Bloomberg, 25-30% of Vivifi's transactions are attributed to Flexpay. The company aims to grow that share to 50%. The company may well succeed in that endeavor thanks to what it describes as "complete flexibility for customers on the [repayment] period and amount of repayments," intended to allow users with unstable income to pay of their debt within a reasonable time period.

Default rates about India's BNLP providers vary considerably. Flexpay reckons it is 4-6%, given the sub-prime borrower base and challenges collecting payments during covid. For Zest, the rate is below 5%. Simpl claims to have a much lower default rate, just 0.65%. However, as Bloomberg noted, it is impossible to verify these numbers. No official data exist.

Meanwhile, BNPL is helping to drive Pine Labs' growth. The company, which processes about US$30 billion in payments annually, became India's third most valuable fintech after Paytm and PhonePe in December following a funding round that raised US$75 to US$100 million  Pine Labs plans to allocate a considerable chunk of that change to its BNPL platform both online and in brick-and-mortar stores.

Together with Mastercard, Pine Labs plans to launch its BNPL solution in the January-March period in five Southeast Asian countries: Thailand, the Philippines, Indonesia, Singapore and Vietnam. The service will enable installment payments by credit card, debit card and bank account online and offline.

More in this category: « UPI transactions cap shakes up India's payments market WhatsApp Pay trips up again in India »
back to top