Has Paytm turned a corner? 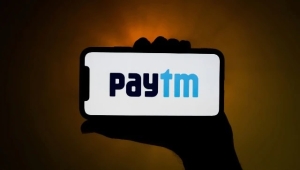 Paytm’s path to profitability has always been a bit convoluted given the company’s labyrinthine business lines and its determination to compete in so many retail segments that require regular subsidizing of customers. That said, it enjoys a scale that few – if any – of its competitors can boast, the backing of some very deep-pocketed investors and the ability to raise cash cheaply on India’s stock exchange.

In a September 29 research note, JPMorgan said that Paytm is undergoing a model shift from chasing “growth at any loss” to “profitability at scale,” which more or less echoes what the company itself has been saying for a while now. There is some truth to the idea. Paytm is no longer expanding into whatever the fintech flavor of the month is – such as digital gold – and is focusing more on ensuring the long-term viability of its core businesses.

One business segment that looks promising for Paytm is loan distribution, in which it partners with other financial institutions. As a payments bank, Paytm cannot directly offer loans itself, but it can distribute them by working with licensed lenders. In its operating update for Q2 FY23, Paytm said the volume of loan disbursals during the quarter rose 224 percent annually to 9.2 million, while the value of these loans increased 482% year-on-year to Rs 7,313 crore.

The main risk as the lending business grows rapidly would be non-performing loans (NPLs), but Paytm said in a statement that as it continues “to see growth and upsell opportunities in this (lending) business” it is working with its partners “to remain focused on the quality of the book.”

Another promising business for the Indian fintech giant is subscription-based payment devices for merchants. In this segment, Paytm says it is far ahead of its competitors and that devices have been adopted rapidly across India with more than 4.8 million of them in operation nationally as of Q2 FY23. Coupled with the fees Paytm earns from rising payment volumes, the subscription fees could, over time, make this a profitable endeavor for the company.

As for EBITDA profitability, Paytm has mooted FY23 as a time when it will reach that milestone. Analysts at Goldman Sachs are slightly less bullish, predicting it will come for Paytm in FY24.

More in this category: « India’s Razorpay thrives as an outlier UPI transactions cap is not a sure thing »
back to top