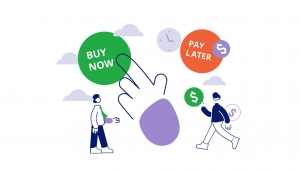 India’s buy now, pay later (BNPL) sector is red hot and expected to grow exponentially over the next few years. India is certainly not the first country to experience a BNPL surge and it is tempting to say that we have seen this movie before, and that tough regulation is on the way that will curb BNPL’s growth as in Australia and the UK. But that may not be the case in India given the subcontinent’s low level of credit card penetration and the ability for BNPL to play a genuine financial inclusion role in the economy.

When BNPL firms in advanced economies say they are promoting financial inclusion, it has to be taken with a grain of salt. It could just as easily be said they are promoting unregulated credit products in markets where well regulated (and thus safer for consumers) alternatives exist.

In India, however, the vast majority of the population lacks access to formal credit. Credit card penetration is estimated at just 3%. MobiKwik, a BNPL firm active in India backed by Abu Dhabi’s Investment Authority, estimates that just 60-70 million Indians have access to credit today, or 7% of the population.

With 93% of Indians unable to access formal credit, BNPL players see a huge opportunity. No wonder why The Bengaluru-based research firm Redseer estimates India's BNPL market will grow exponentially in less than five years, reaching US$45-50 billion by 2026 from $3-3.5 billion now. Redseer also reckons that India’s BNPL users could surge to 80-100 million customers by then, from 10-15 million now. And even if India has 100 million BNPL users by 2026, that will account for less than 10% of the overall population.

It all sounds great (if you’re a BNPL firm), but what about regulation? On the one hand, the Reserve Bank of India (RBI) knows that BNPL can support financial inclusion in the absence of other convenient options, which is desirable. On the other, there is potential for BNPL to become problematic without a more comprehensive regulatory framework. It certainly has been the case in Australia and the UK.

In India, it is possible that the risk of defaults from the BNPL customers with limited or no credit history could be higher while it is unclear if all BNPL platforms are reporting accurate default information to credit bureaus.

However, the relatively low maximum BNPL credit currently offered means that any defaults that do occur are unlikely to be catastrophic. There is a big difference between maxing out 100,000 rupees (roughly US$1,348), the current limit, and 10 or 20 times that amount (possible with a credit card).

More in this category: « The sky still looks like the limit for UPI in India India’s BNPL boom shows no signs of slowing »
back to top