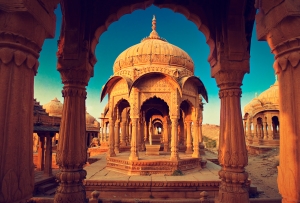 Chinese investment in India has flourished over the past decade, reaching a $8 billion as of December 11, 2019, as compared to $200 million a decade earlier in 2009. A significant amount of that investment is coming from China’s two tech giants, Alibaba and Tencent, which have been aggressively investing in Indian start-ups. Many of these start-ups have crossed the $1 billion valuation threshold to become unicorns.

Alibaba and Ant Financial have invested resources in five unicorns out of the six companies they’ve invested in, while Tencent has done the same for seven out of twelve startups they’ve funded. This would mean that Alibaba and Tencent have invested in approximately half of the 31 unicorns in India, according to a report from Iron Pillar. A six-fold increase of Chinese investment in India was recorded between 2013 and 2014, coinciding with the strategic restructuring of Alipay to Ant Financial. Experts believe that a majority of Chinese capital in India come from Alibaba and Tencent, or its subsidiaries.

India share many commonalities with China. The second most populous country in the world with a population of 1.3 billion is expected to overtake China by 2027. Opportunities abound in India, where untapped market potential is comparable to that of China, with an estimated 450 million active users accessing the internet on a monthly basis in India.

Additionally, Chinese companies are looking towards investments in emerging markets on account of a slowing economy. The ongoing US-China trade war has led to heightened suspicion of Chinese involvement in the US, previously a top destination for Chinese funds.

Experts believe that Chinese investors are drawing parallels between China in the 2000’s and present-day India. These investors see similarities between India’s startups and the companies that became Chinese tech giants. Chinese investors hope to invest in the right companies, to have a hand in creating India’s own Alibaba or Tencent.

More in this category: « Can India do without super apps? Why is India's top fintech startup struggling? »
back to top
© 2007 - 2021 Kapronasia