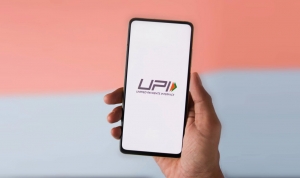 The National Payment Corporation of India’s (NPCI) United Payment Interface (UPI) payment rail is the most successful initiative of its kind globally, proof that government-led digital financial inclusion efforts can bear fruit when they are implemented well. In the second quarter of the year, UPI recorded over 17.4 billion transactions in volume and Rs 30.4 trillion in terms of value, up 118% and 98% respectively over the same period a year ago. While India remains UPI’s paramount market for now, the company is increasingly targeting global expansion.

UPI is not the first Asian digital payment rail that has sought to grow internationally. Years ago, Chinese firms like Alipay and WeChat Pay began building their respective operations outside of China, with their initial target market Chinese tourists and businesspeople overseas who wanted to transact inside of China’s digital payments ecosystem.

In UPI’s case, Indian tourists and businesspeople overseas are indeed one market it wants to serve, but arguably more important is the migrant worker demographic who wants to remit money home. India is the world’s remittance market. According to the World Health Organization, India received US$87 billion in remittances in 2021, the most of any nation in the world and well of ahead No. 2 China and No. 3 Mexico.

Though NPCI is not positioning its international expansion this way, we reckon they want to establish a homegrown alternative to SWIFT – not to completely displace it, of course (that would be very difficult), but offer faster and less expensive payment flows between India and the world on the country’s own digital payment rails. That so many key players in the Indian financial ecosystem are part of UPI’s network augurs well for this endeavor. About 330 banks and 25 apps use UPI, including all the key third-party payment providers like Google Pay, PhonePe, Paytm, WhatsApp Pay and so on.

Observing where UPI has expanded so far, two of the countries – Singapore and the United Arab Emirates – are home to large Indian expat populations, while several others are India’s neighbors. The expansion into Nepal is something to watch carefully as it could show the feasibility of replicating UPI’s success in India from the ground up in a foreign market. NPCI is positioning its expansion into Nepal as a milestone in UPI's international expansion.

Though NPCI previously partnered with Singapore and Bhutan to allow UPI-based payments to be accepted in those two countries and also signed a deal with the UAE’s Mashreq Bank that enables Indian travelers to the country pay for their purchases on UPI, the Nepal expansion marks the first time UPI’s real-time payment system is fully adopted internationally. UPI will function for Nepali users like it does for Indians in India.

More in this category: « Are credit cards ascendant in India? India’s Razorpay thrives as an outlier »
back to top