Can India do without super apps? 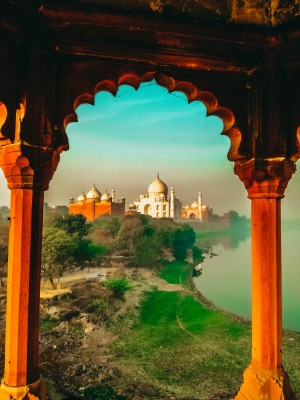 2019 was the year of the aspirational super app - aspirational because no platform has come anywhere near the dominance of China's WeChat. WeChat never branded itself as a super app. It simply became one thanks to a timely arrival, its appeal to Chinese users and lack of serious competition.

Rebranding a successful tech startup as a potential super app is a good way to keep the funding gravy train flowing. What could be more enticing to investors? Just ask the Southeast Asian ride-hailing giants Grab and Gojek. But China is a unique market, where users are happy to sacrifice choice for convenience and a frictionless experience. Elsewhere, notably India, users prefer different apps for different functions.

Ostensibly, a super app for India is attractive because the market is massive. India already has 650 million internet users, about half of its current population. One day, it will have even more than China because the Indian population is growing faster.

Some analysts say that Paytm, India's top digital payments firm, is best poised to become a super app. Its digital wallet can be used for peer-to-peer payment transfers, merchant payments, and ticket booking services. Paytm also has invested in a payments bank, wealth management, food delivery and the education sector, Quartz noted in a recent report. And of course, the Paytm app has a messaging function.

Yet, unlike China, India does not have one dominant language, which makes it harder to create a one size fits all app for messaging, e-commerce, banking, etc. Hindi is the most widespread first language, but significant minorities (between 70 and 90 million people) speak Bengali, Marathi, Telegu or Tamil as their first language. About 125 million Indians speak English, but that's only 10% of the subcontinent's population.

While an Indian super app seems unlikely, if WhatsApp ever gets approved to launch its payment service in the subcontinent, it will immediately become a serious contender in India's surging digital payments segment. WhatsApp has about 400 million users in India, who sent a whopping 20 billion messages on New Year's Eve.

WhatsApp Pay was reportedly set to launch in India in the second half of 2019 but has struggled to meet the country's strict local data storage requirements.

“It’s a regulatory approval question in India at this point,” Facebook CEO Mark Zuckerberg was quoted as saying by Reuters last July.

More in this category: « Paytm plans to slash losses by 1/3 to $400 million Chinese investors hope to have a hand in creating India’s own Alibaba/Tencent »
back to top