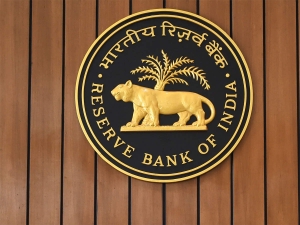 What goes up, must come down, especially in fintech. We know that buy now, pay later (BNPL) firms have grown organically at a torrid pace in India due to low credit card penetration and strong demand for credit products, and we also know they could not have grown so fast if they had been properly regulated. At the same time, there is a certain systemic financial risk that comes with the possibility of bad consumer debt accruing fast, a likely scenario when BNPL is allowed free rein. With that in mind, the Reserve Bank of India’s (RBI) recent decision to ban nonbanks from loading prepaid instruments (PPI) — digital wallets, or stored-value cards — using credit lines does not come as a big surprise.

Indian fintech startups such Slice, Jupiter, Uni and KreditBee have long used PPI licenses to issue cards and then equip them with credit lines, often as a BNPL product. Fintechs typically partner with banks to issue cards and then tie up with non-banking financial institutions (NBFC) or use their own NBFC unit to provide credit lines to consumers. Most likely, the RBI was not pleased about this layering of the product. Since the RBI announced the ban, Jupiter and EarlySalary have suspended their credit-linked card services. Services such as Paytm Postpaid and OlaMoney have also been affected.

One of the biggest problems with BNPL is that from a regulatory perspective the business model appears to be inherently disingenuous. BNPL firms often insist they aren’t credit providers, but they provide credit anyway, sometimes by circumventing the banking system. Meanwhile, because they are not technically considered to be credit issuers, they are not subject to the same requirements as licensed lenders.

Is the RBI supposed to believe that failing to report all delinquencies to the credit bureau is an example of disruptive innovation? We would have to say that it only qualifies as “disruptive.”

That’s far from the only fundamental problem with BNPL either. There is also the small matter of the companies being unable to make a profit because they rely on “interest-free loans” and subsidies to attract customers. The band-aid solution to this fundamental flaw in the business model is to jack up late fees. Again, this is not innovation.

The RBI’s move has also brought into question the viability of the business model of fintech startups which provide loans using venture capital or debt. “One fundamental thing that the RBI has always laid out about credit is that you cannot pay a loan with a loan,” Shinjini Kumar, co-founder of the Salt app, told India’s Money Control.

Now that it has banned fintechs firms from using PPIs to provide loans to customers, the RBI is likely to develop guidelines for the industry. The banking regulator is in discussion with fintech players to find a way out and bring the segment under a regulatory framework so that PPIs are used as a payment instrument and not as a credit avenue.

“We believe this regulation could significantly impact the fintechs involved in this business and would be advantageous to banks, as they can further accelerate card acquisition with less competition,” Macquarie analysts wrote in a recent research note.

More in this category: « Assessing PhonePe’s IPO prospects India’s UPI is starting to think globally »
back to top