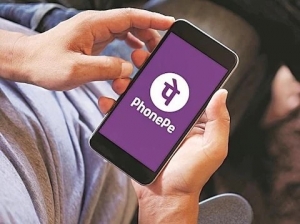 Walmart-backed PhonePe is one of the most prominent payment firms in India. It holds the largest share of India’s paramount UPI payments platform of any company, with 47% of the market compared to Google Pay’s 34%. PhonePe says it has 380 million registered users, which means that one in four Indians use its services. The company also serves 30 million offline merchants. With pressure to achieve profitability increasing and investors eager for a successful exit, speculation is mounting about when PhonePe will decide to go public.

In mid-June, Indian media, citing investment banking sources, reported that PhonePe is considering an IPO on the Indian Stock Exchange at a valuation of US$8 billion to US$10 billion to expand its fintech services and support its core UPI operations. According to the sources, the company is in the process of relocating its registered holding entity from Singapore to India to bolster its credentials as a homegrown company and thus assumedly make the listing process on the Indian Stock Exchange smoother. PhonePe aims to go public after it reaches profitability, which could be as soon as 2023, the sources said.

The IPO valuation sounds like it is in the ballpark given that PhonePe last raised US$700 million in 2020 at a valuation of US$5.5 billion. It has raised a total of US$1.7 billion over 13 funding rounds. In addition to Walmart and Flipkart, other strategic investors in the Indian payments firm include Tiger Global Management and Tencent.

While PhonePe has established a strong foothold in India’s retail payments sector, the narrow margins inherent in that business necessitate a broader array of services if it expects to turn a profit. To that end, the company has acquired a mutual fund distribution license and is expanding aggressively into digital wealth management with digital gold investment services and soon-to-be-launched stock trading and ETFs.

As it considers the best way forward, PhonePe can learn from the mistakes of Paytm, whose super app gambit has been a failure. In a market as large, diverse and fragmented as India, it makes little sense to try and be a one-size-fits-all financial services app. Prior to its IPO, Patym’s leadership talked up the company’s super app possibility to convince investors of its growth potential, but after the disappointing debut, the company has had to focus on shoring up its core payment services and preventing investors from losing confidence.

With that in mind, PhonePe might consider focusing more heavily on the B2B segment, and building comprehensive digital financial services solutions (perhaps providing business accounts, lending, payroll services etc.) for SMEs. It could leverage its advantageous position as part of the Flipkart/Walmart ecosystem.

As for PhonePe’s rumored IPO, the company released a statement in response to the media reports in which it said it is not planning a deal “right now.” PhonePe will “go public once our core businesses turn profitable and our new initiatives have achieved a good product-market fit and scale,” the statement said.

That PhonePe plans to delay an IPO until it has reached profitability shows that investor expectations have changed in the seven months since Paytm’s debut. Size is no longer the most important metric to measure a fintech firm’s long-term potential.

More in this category: « India’s UPI is enjoying record-breaking growth Assessing the implications of India's new fintech crackdown »
back to top