Are credit cards ascendant in India? 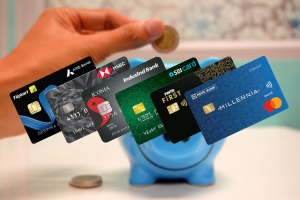 For the past few years, the biggest credit story in India has been buy now, pay later (BNPL). Tremendous demand for credit has driven the BNPL boom in the subcontinent, but tighter regulation and slower growth are both now inevitable. After all, you cannot act as a credit provider without being regulated like one forever. As BNPL slows down in India, there may be an opportunity for the overlooked – but better regulated and steadily growing – credit card segment to build market share.

To be sure, credit cards remain more of a premium product in India now than BNPL and the market is significantly smaller than for installment payments. Still, it is not small given India’s overall market size. Newly minted Indian fintech unicorn OneCard reckons that 80 million to 90 million Indians are currently eligible for credit cards based on its issuance criteria. While just a fraction of India’s 1.4 billion people, it is still a market larger than the entire population of Malaysia or Thailand. Further, as India grows richer, its number of potential credit card users will grow exponentially.

Some data suggest India’s credit card market is poised for fast growth. India’s overall credit card penetration was 5.5% in 2021, up from just 3% in 2020, according to the Reserve Bank of India (RBI). In May, credit card spend rose 118% year-on-year, the RBI says. Additionally, BankBazaar, India’s largest fintech co-branded credit card issuer and online platform for free credit score, reported a 95% annual increase in credit card issuances in Q1 of FY23 by partner banks on its platform. BankBazaar aims to achieve 3 million co-branded credit cards in force over the next three years.

A potential long-term game changer for credit cards in India would be the enabling of their use on the NPCI’s UPI, the paramount retail payments rail in India. In July, UPI recorded over 200 million transactions a day. About 50 million merchants in India currently accept UPI, while 2-3 million accept credit cards, according to the RBI.

The NPCI has been consulting various public sector card companies about a credit card test run on the UPI rail. Large credit card issuers such as SBI Cards, BoB Cards, Axis Bank and Union Bank of India have reportedly expressed interest in the idea and sent their proposals to the NPCI.

However, the first UPI-credit card linkage will likely be with NPCI's own RuPay cards. “We are hoping that the RuPay credit card linking to the UPI should get operationalized in a couple of months," NPCI chief executive officer Dilip Asbe said in late July.

One issue that will need to be sorted for credit card use to become prevalent on UPI will be the size of the merchant discount rate (MDR), the sum of fees incurred from certain digital transactions. For instance, there is no MDR on UPI payments, while the MDR on debit card transactions is capped at 0.9%. However, there is no cap on MDR for credit cards.

More in this category: « Paytm is in good spirits despite rising losses
back to top