Why was Paytm’s IPO underwhelming? 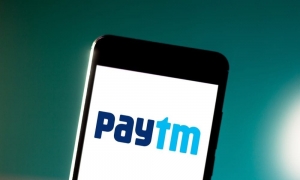 Paytm has managed a curious feat, pulling off an underwhelming IPO that is still India’s largest of all time. The buildup to the record-breaking US$2.5 billion deal was tremendous, with expectations set high, to say the least. Yet shares fell 27% on Paytm’s trading debut, erasing US$5 billion in market value and raising questions about the company’s way forward.

Paytm faces the same twofold problem as many other fintech startups: It needs to transition from a growth-centric business model (Paytm has 337 million registered consumers and 22 million merchants, according to its IPO filing) to one more focused on profitability, and it lacks a clear focus. Low-margin payments remain its bread and butter, despite a push to diversify into banking, insurance, stock trading, gold trading, movie tickets - you name it. None of those forays has yet to bear fruit for the company.

Meanwhile, in its paramount payments business, Paytm trails Walmart-backed PhonePe and Google Pay on the dominant UPI platform by a wide margin. PhonePe has a 47% market share, Google Pay 34% and Paytm 10%. WhatsApp Pay is also competing in this segment.

While Paytm enjoys the benefit of being based in the enormous Indian market – which will likely surpass China’s to become the largest in the world by 2027 – competition is intensifying. The most profitable segment is lending, but Paytm lacks the requisite licenses to become a licensed lender.

None of these issues seemed to discourage certain foreign investors ahead of the IPO, which is not a surprise as key backers of the company like SoftBank have long encouraged a growth first, ask questions later to business. Earlier this month, SoftBank founder and CEO Masayoshi Son said that for his company, “their IPO should be a great event." Paytm also raised US$1.1 billion from BlackRock and the Canada Pension Plan Investment Board just before the IPO opened.

These investors see Paytm as a long-term bet and believe they can afford to wait for it to become profitable, a milestone that could take many years to achieve. In the 2020 fiscal year Paytm lost 17 billion rupees (US$230 million) while posting revenue of 31.86 billion rupees (US$430 million).

Paytm’s IPO filing did not paint an especially rosy picture. "We expect to continue to incur net losses for the foreseeable future and we may not achieve profitability in the future,” the company said.

That may be one of the reasons that local investors are not especially sanguine about Paytm. The Financial Times noted that domestic institutional investors including mutual funds are skeptical about its path to profitability and ability to compete with foreign tech giants like Google.

Jimeet Modi, founder of Mumbai-based brokerage Samco Securities, told India’s Economic Times, “It will take three to four months for people to forget Paytm and that it destroyed wealth.”

We can say this with some degree of certainty: If Paytm wants to maximize the benefits of being a listed company, it needs to find a clear business focus. Indeed, Paytm CEO Vijay Shekhar Sharma suggested in a recent interview that an insufficient understanding of its business model among investors may have contributed to its disappointing debut. Yet investors cannot be blamed for being cautious about the prospects of a company that is unsure of what it wants to be.

More in this category: « Paytm IPO is shaping up to be a blockbuster Troubled times for Paytm »
back to top