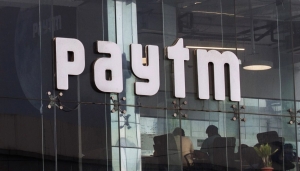 When it rains it pours, at least for super apps. Throughout Asia, platform companies are struggling as their capabilities often cannot match overly lofty investor expectations. The problem is especially acute for India’s Paytm, whose record-breaking IPO – it is India’s largest to date – nevertheless turned out to be a sign of worse things to come. Paytm’s stock fell 27% on its first day of trading and has fallen about 65% since the November IPO to 543.5 Indian rupees.

Paytm’s share price has not hit bottom, at least not as far as Macquarie analyst Suresh Ganapathy is concerned. As noted by Bloomberg, Ganapathy has been relatively bearish about Paytm’s stock and recently cut his price estimate to 450 rupees from 700 rupees, citing lower valuations for fintechs globally.

Paytm has troubles a plenty, exclusive of the recent RBI order that forbids the company’s payments bank from onboarding new customers. We’ll get to that in a moment, but first, let’s look at the company’s core problem: It cannot make more money than it spends. Investors in public markets usually have less patience for such a problem than VCs and other backers of tech startups.

The Ant Group and Softbank-backed company has diversified from simple e-payments into a wide array of digital finance segments, from stock trading and insurance to buy now, pay later (BNPL) and gold investing. The company has also signaled it would enter the crypto segment if India were to clarify its digital asset regulations.

The trouble is that besides having a large user base and some brand recognition, Paytm lacks competitive advantages in most of those segments. When it comes to the dominant UPI payments rail, Google Pay and Walmart-backed PhonePe have a much larger market share. While Paytm has tried at times to position itself as a financial services super app, it is unclear whether Indian consumers and businesses want such a service. At the same time, every time Paytm expands into a new market segment, it must spend money subsidizing users. It really adds up.

Serving as a licensed bank that could take deposits and offer loans might help Paytm finally reach profitability, but first the company needs to deal with the current RBI ban on its payments bank. The details surrounding the ban are starting to emerge, and it appears to be compliance deficiencies the prompted the regulator to act. Paytm’s servers may have been sharing user data with entities in China not authorized to receive it under Indian law.

Per a source cited by India’s Economic Times: “There were consistent deficiencies found in the bank's KYC process, like accounts that needed a full KYC were not done. “Data from the payments bank was also flowing to the wallet operator, which was not quite a watertight compartment and against central bank rules. All in all, compliance was either pending, or unsatisfactory."

Data localization has become a significant policy issue in India over the past decade. The RBI has even penalized foreign card-payment network companies such as Visa, Mastercard, and American Express for not complying with the country’s data localization norms.

More in this category: « Why was Paytm’s IPO underwhelming?
back to top