Paytm IPO is shaping up to be a blockbuster 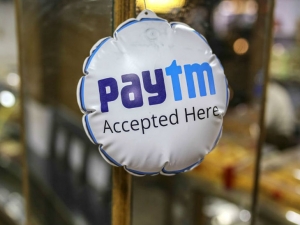 Paytm’s IPO is fast becoming larger than life. Analysts are now almost certain the deal will be India’s biggest of all time, raising up to US$2.4 billion (up from an earlier estimate of US$2.2 billion) at a valuation of US$20 billion. The firm reportedly plans to price its shares in the range of 2,080 to 2,150 Indian rupees (US$27.70 to US$28.60), with subscription available from November 8 to 10 and trading to begin around November 18.

With strong investor interest the Paytm IPO – CEO Vijay Shekhar Sharma recently told CNBC that the company “increased the size [of the deal] based on the tremendous demand that we saw in our roadshow process” – and apparently no timeline for profitability, India’s largest fintech startup has to be feeling pretty good.

Paytm has several factors working in its favor. One is the unflagging support of heavyweight investors like Ant Group and SoftBank, both which have plenty of experience with promising tech companies that took time to reach profitability. Ant itself is a case in point. Paytm’s funding is not going to run out anytime soon, especially after it can raise cash cheaply in public markets. If the company continues to show strong growth metrics, retail investors are likely to show great interest in its shares.

Another advantage Paytm has is a laser focus on its home market of India. To be sure, the company is fortunate to be able to build scale without having to venture abroad, but it also has the wisdom to not burn cash in far-off lands while it has yet to make money at home. Too many fintechs with inflated perceptions of their capabilities have made that mistake.

“I think our approach is clear — that India is our primary market and the market to win. And we would never divert or put any attention anywhere else at the cost of India,” Sharma told CNBC.

However, one challenge for Paytm in its home market could be the temptation to be a financial services super app. The company has begun mooting the concept in what seems to be an effort the consolidate its wide variety of digital financial services under a single umbrella. Yet with so much choice in India fintech, consumers have every reason to mix and match.

Besides, Paytm is not especially strong in certain segments. For instance, due to its relatively light footprint on the paramount UPI payments network, Paytm processes fewer transactions than Walmart-backed PhonePe or Google Pay. Even with a new regulation aimed at preventing any one company from dominating domestic payments, Paytm is unlikely to increase its share of UPI payments significantly. As of September, it had just a 9% share of UPI payments, down from 14% in July.

Paytm would counter by saying that it has an impressive 40% share of overall mobile payments transactions in India. This, however, is difficult to verify.

The company’s other business segments might offer better long-term prospects, and likely higher margins. The most notable one is financial services, including mobile banking services through Paytm Payments Bank with a total of 65 million accounts and deposits worth Rs 5,800 crore. It has a lending vertical and a buy now, pay later offering called Paytm Postpaid. Through the Paytm Money app, the company offers wealth management services such as gold purchases, mutual funds and futures and options trading. The total assets under management from these businesses is Rs 5,200 crore.

More in this category: « 2021 could be a record year for India's IPO market Why was Paytm’s IPO underwhelming? »
back to top