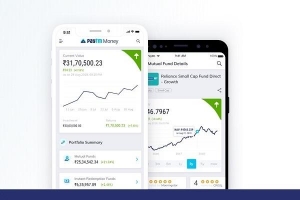 India's Paytm hopes to follow in the footsteps of its key backer Ant Group and build a super app centered on financial services. In a market as large, diverse and fragmented as India's, it is unlikely any app could become a dominant as Alipay and WeChat are in China. However, "super" need not mean the app for everything, maybe just for most of one's digital banking needs. That's why Paytm is steadily adding new services. The latest one is stock trading, a fast-growing business in India.

Paytm's move is opportunistic but reasonable in the context of a wider push to move beyond thin margin-payments, where by some estimates it trails Google Pay and Walmart-backed PhonePe. Stock trading is red hot in India, with 4.5 million trading accounts opened by individuals through July, compared to less than 3 million in all of 2019, according to Central Depository Services Ltd. Retail investors are eager for attractive returns amid record low yields on bank deposits.

Paytm Money, the name of Paytm's wealth management division that operates its retail brokerage service, allows customers to invest in mutual funds and pension schemes as well as equities. Varun Sridhar, Patym's chief executive officer, told The Economic Times that Paytm Money hopes to stand out from the competition by offering investor education and including features that allow users to automate various steps in the securities investment process. At present, Paytm money allows users to automatically invest in individual stocks on a monthly basis.

Given its large user base (150 million), Paytm is willing to play the long game on its stock trading service. It is unlikely that Paytm Money will be a major revenue driver right away. Paytm is trying to build up its stock trading customer base by offering ultra-low fees on intraday trade of just Rs. 10 per trade. In September, Paytm Money said it had reached 6.6 million customers, pulling ahead of Zerodha, one of India's largest retail brokerage firms, which has 3 million customers and claims to handle 5 million orders daily, about 15% of India’s daily equity transaction volume.

Paytm's launch of stock trading could provide some momentum to the company as it pushes towards its goal of profitability in 2022. Paytm's losses fell 40% annually to Rs 3,629 crore In the fiscal year ended March 2020, buoyed by rising transactions and the success of its point-of-sale devices.

More in this category: « Reforms continue in the Indian capital markets How is Paytm’s IPO shaping up? »
back to top